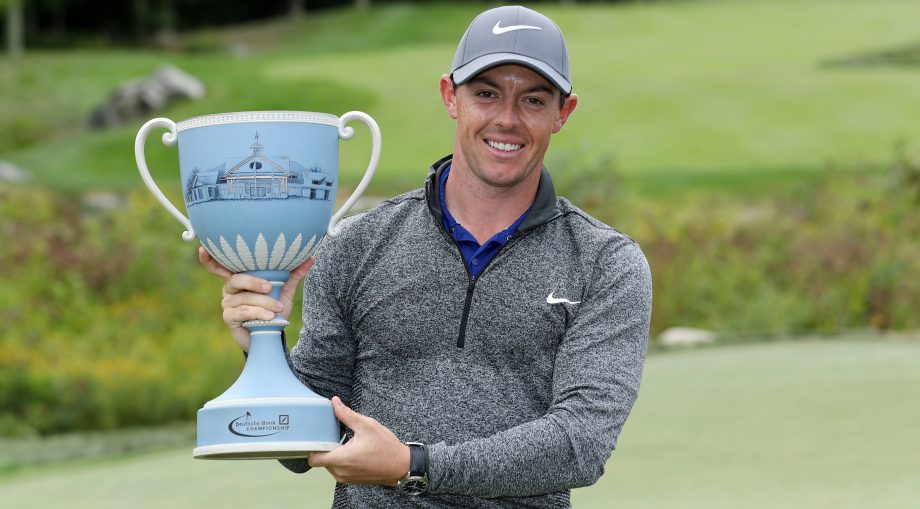 NORTON, Mass. – Rory McIlroy rallied from six shots behind Monday and closed with a 6-under 65 to win the Deutsche Bank Championship for his first PGA Tour victory of the year.

One week after working with a new putting coach and changing putters, results came quickly for McIlroy. He closed out the front nine with three straight birdies to take the lead and got up-and-down from a bunker for birdie on the final hole as a finishing touch.

Paul Casey, who started the final round at TPC Boston with a three-shot lead, needed to hole a 60-foot eagle putt on the 18th hole to force a playoff. Casey was trying to win on the PGA Tour for the first time since 2009.

McIlroy won for the 20th time in his career worldwide.

Brantford, Ont., native David Hearn closed with a 1 under for a share of eighth place. Adam Hadwin of Abbotsford, B.C., finished in a tie for 46th.