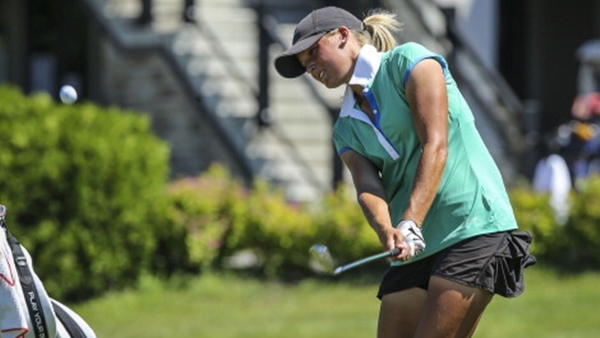 VENICE, Fla. – Brogan McKinnon of Mississauga, Ont. held firm and maintained her lead at the second stage of the LPGA Tour’s Q-School, shooting a second-round 1-under 71 to move to 7-under 137 (66-71) thru 36 holes.

McKinnon, a former member of Team Canada, holds a two-stroke advantage over Minjee Lee  of Australia, Ginger Howard of Bradenton, Fla. and Celine Herbin of Spain. Carly Werwie Kenosha, Wisc. is fifth at 4-under 140.

“It was a good day,” said 19-year-old McKinnon. “Just like yesterday, all parts of my game were working well. I made three birdies on the front nine after a bogey and my putting was great again.  I feel like my game is in pretty good shape.”

With the 36-hole lead in hand, McKinnon will now aim for medalist honors.

“It would be nice to get my first professional win at qualifying tournament, but top 80 is every players goal and if I need to play it safe I will, but I will try and win now.”

McKinnon played in seven Symetra Tour events and one LPGA Tour event in 2014. She did not advance to Stage III of Qualifying Tournament in 2013.

The top 80 players plus ties advance to Final Stage of LPGA Qualifying Tournament, which takes place at LPGA International in Daytona Beach, Fla. December 3-7.  Final stage is a five-round event with a cut after round four.