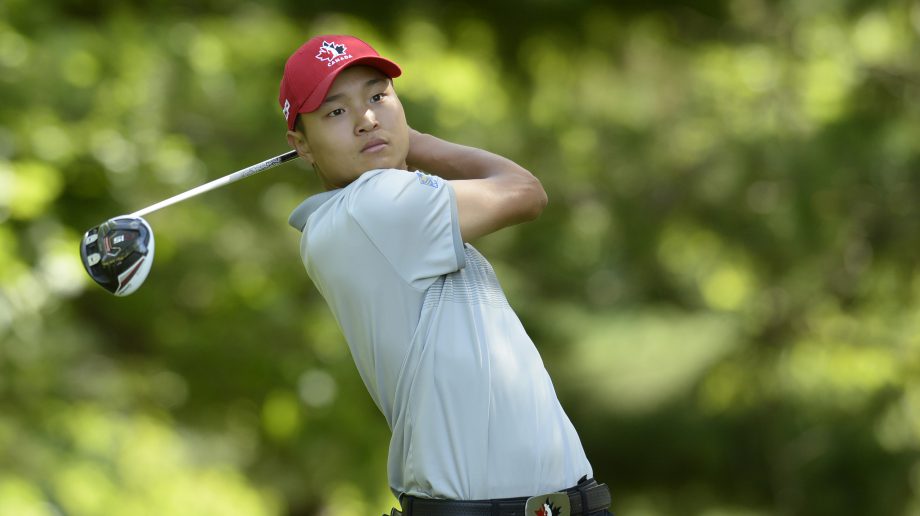 MOKA, Trinidad & Tobago – Four members of Team Canada’s Men’s Development Squad are set to compete in the qualifying event at St. Andrews Golf Club from Apr. 6–8 to secure one of two available spots into the 2016 Toyota Junior Golf World Cup.

The qualifying format will be a 54-hole stroke-play event, with each team’s three lowest daily scores contributing to the aggregate total. The Canadian foursome will square off against Mexico, Guatemala and Puerto Rico.

The Canucks will be led by Vaughan, Ont., native Tony Gil, who returns to the qualifier for a second straight year after posting Canada’s lowest total score in 2015. He will be joined by teammates Charles-Éric Bélanger (Québec), A.J. Ewart (Coquitlam, B.C.) and Jack Simpson (Aurora, Ont.).

The Canadian contingent will be under the guidance of Lead Development Squad Coach, Robert Ratcliffe.

“We’ve had some strong success in this qualifying event in the past and the boys have practised hard to continue that trend,” said the PGA of Canada Class “A” member. “The course is set up well for our game and we’re looking forward to the challenge.”

In last year’s qualifier, Canada cruised to a six-stroke victory and went on to place sixth at the World Cup. The best Canadian finish came in 1994 when the team took home runner-up honours.