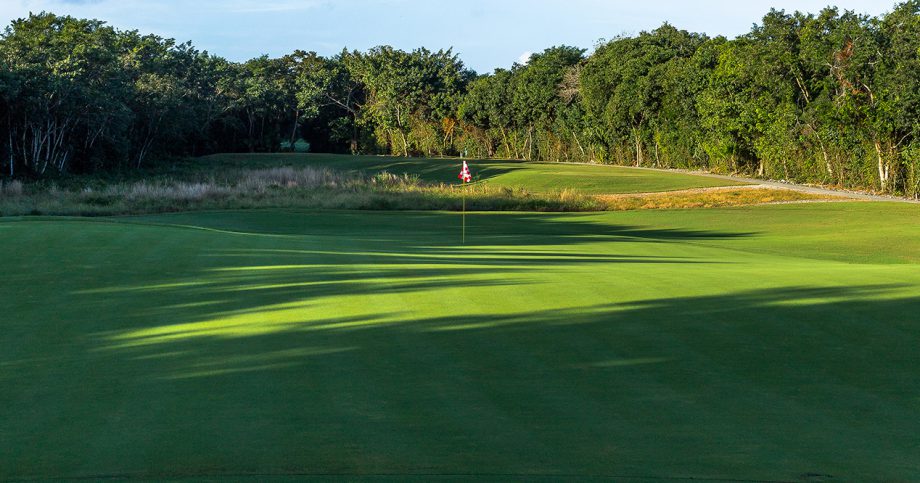 Originally named the Aruba Cup and scheduled for Tierra del Sol Resort and Club in Noord, Aruba, officials had to find a new venue when irrigation issues prevented Tierra del Sol from hosting the event for a third consecutive year.

Cozumel Country Club, located on Cozumel’s north shore, features a golf course created by the Nicklaus Design Group and is home to Mexico’s first Audubon International Cooperative Sanctuary Golf Course, earning that distinction in 2006—five years after the course’s opening. For this project, the Nicklaus Design Group, led by Steve Nicklaus, built the par-72, 6,800-yard Cozumel Country Club around mangroves, marshlands and a tropical rainforest, balancing the requirements of constructing a first-class golf course within the delicate ecosystem of the surrounding area.

“We are so excited to be hosting the Copa Go Vacaciones in Cozumel 2018,” said Erika Garcia, CEO of Go Vacaciones! “We have been working with the PGA TOUR on some unique opportunities here in Mexico, and we are thrilled to start this partnership and host the best players of both the Mackenzie Tour – PGA TOUR Canada and PGA TOUR Latinoamérica. Cozumel is an incredible destination, and we are sure the players will have a memorable stay. In addition, we look forward to seeing how the partnership with Go Vacaciones can strengthen the cultural, experiential and sporting connection of Golf in Mexico. We welcome everyone to join us in the Mexican Caribbean!”

At the Go Vacaciones Cup in Cozumel, the two teams will compete in a three-day Presidents Cup-style event preceded by a practice round and a pro-am. The three competition days will feature first-day four-ball (best-ball) matches followed by foursomes (alternate shot) matches on the second day and singles matches to close the tournament.

“We are thrilled to take this important event to such a terrific course as Cozumel Country Club. This will be one of the more scenic places we’ll see this year, and the quality of the course ensures that the tournament itself will be competitive and exciting as these two teams engage in their yearly battle,” added PGA TOUR Latinoamérica President Jack Warfield. “Mexico is a great home for PGA TOUR-sanctioned golf, whether it’s the three official events we hold there on PGA TOUR Latinoamérica, our two official PGA TOUR tournaments or the Web.com Tour’s annual visit. Mexico is a great golf country, and we’re pleased to add the Go Vacaciones Cup in Cozumel to the list of tournaments we hold in Mexico.”

In 2016, Team Latinoamérica prevailed 13-7 in Aruba, with Martin Trainer and Andrés Echavarría compiling perfect 3-0-0 records in their matches against Team Canada players. A year ago, Team Canada narrowly won, 10 ½ to 9 ½, with Robby Shelton leading the way for Canada with a 2-0-1 record in his matches.