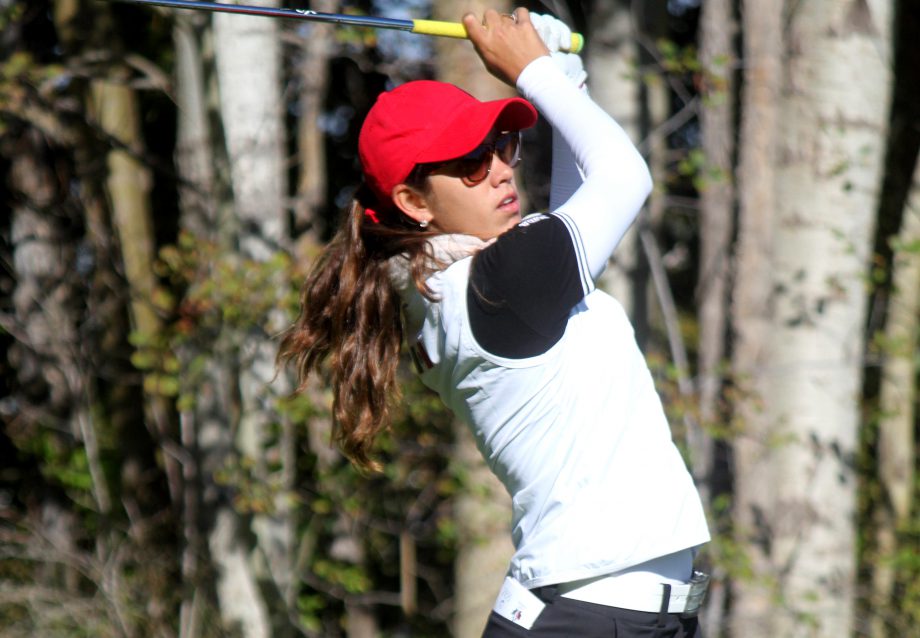 NEW MINAS, N.S. – The third round of the 2016 Canadian Women’s Amateur Championship continued under a dry heat at Ken-Wo Golf Club. Maria Fassi’s 5-under 65 matched the women’s competitive course record at Ken-Wo – set yesterday by Allisen Corpuz – giving the native of Pachuca, Mexico a one-stroke lead through 54-holes of play.

Fassi’s 65 moved her ahead of 36-hole leader Corpuz to take sole possession of the lead. The University of Arkansas sophomore put together a six-birdie effort that included five across her first 15 holes. She bogeyed No. 16, but made up for the lone blemish on her day with a birdie on No. 18.

“I’m really comfortable with the way I’m playing,” said Fassi. “The golf course is in great shape and you can really go for it in some holes. I’m a long player, so I can be aggressive on some shots. It was a really good day; I was making some good putts and really flowing.”

The 18-year-old is No. 58 on the World Amateur Golf Rankings and is the top-ranked female amateur in Mexico. She heads into the final day of competition at 6-under.

“I have a game plan that I’ve been doing for the last three days and I’ll do it again tomorrow. It’s just about focusing on my golf game. If I win, I win. And if I don’t, then I played some really good golf and that’s good enough for me.”

Coming off her record-setting performance, Corpuz looked to extend her advantage for a third straight day. The product of Honolulu, Hawaii sunk a birdie on her first hole, but ended the day with a 72 to move into a share of second.

She is joined at 5-under by World No. 14 Hye-jin Choi of Paju-si, Korea and Perth, Australia’s Hannah Green. The pair claimed their shares of second with matching five-birdie, 2-under rounds. Green registered a T29 finish at this event last year when it was hosted by Riverside Country Club in Saskatoon.

Josée Doyon of St-Georges, Que., is ninth at even-par, while Monet Chun of Richmond Hill, Ont., stayed even through the day and holds a share of 10th.

The final round of competition will see the first groups tee off at 7:30 a.m. ADT from holes 1 and 10.