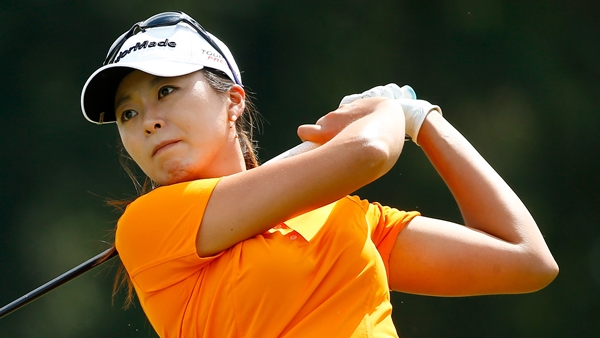 PRATTVILLE, Ala. – South Korea’s Mi Jung Hur birdied four of the last eight holes Saturday for a 5-under 67 and a share of the lead with Paula Reto in the Yokohama Tire LPGA Classic.

“Beginning of the round my putting wasn’t that good,” Hur said. “But after turned the nine holes, my putting gets better and better, so I had a low score.”

Reto, the second-round leader, birdied three of the final five holes for a 70 to match Hur at 15-under 201 on Capitol Hill’s links-style Senator layout.

“I didn’t start too well,” said Reto, a former Purdue player from South Africa. “I had a couple bogeys and a double there, but I kept patient and just focused on one shot at a time and it kind of helped me out toward the end of the round.”

Hur won her lone LPGA Tour title in 2009, and Reto is winless in her rookie season.

Top-ranked Stacy Lewis and Kris Tamulis were tied for third at 11 under. Lewis, the 2012 winner in the event dropped from the schedule last year after losing its title sponsor, had a 70.

“For the way I played, the score ended up pretty good,” said Lewis, the tour leader with three victories this year. “I didn’t play well. It was kind of a struggle all day and just had to work pretty hard to shoot what I did. But I’m still within striking distance, still have a chance for tomorrow, which that was the goal going into the week.”

Tamulis shot 65, the best round of the day.

“I wasn’t really trying to chase anybody,” Tamulis said. “Didn’t have a great middle of my round yesterday, so I was just going out there. I had some really good numbers today and was able to just kind of go for it.”

Reto rebounded from her double bogey on the par-3 seventh with birdies on the next two holes.

“I wasn’t kind of where I wanted to be with my mental and stuff,” said Reto, who started playing golf at 16 in 2005 when she moved to Florida with her family “So, I just took a couple seconds to myself just to rethink everything, just kind of stayed in there.”

They will play in the same group again Sunday.

“I’m just going to focus on each shot and I will do my best for tomorrow,” Hur said. “Play with Paula will be fun, not much pressure. I mean, she made me so comfortable.”

Reto is in position to win after missing 11 cuts in 18 starts this year.

“It would be really cool. That would put the cherry on the cake,” said Reto, coming off a ninth-place tie in Portland, Oregon. “But I’m not going to think about it. I’m just going to have fun and stuff.”