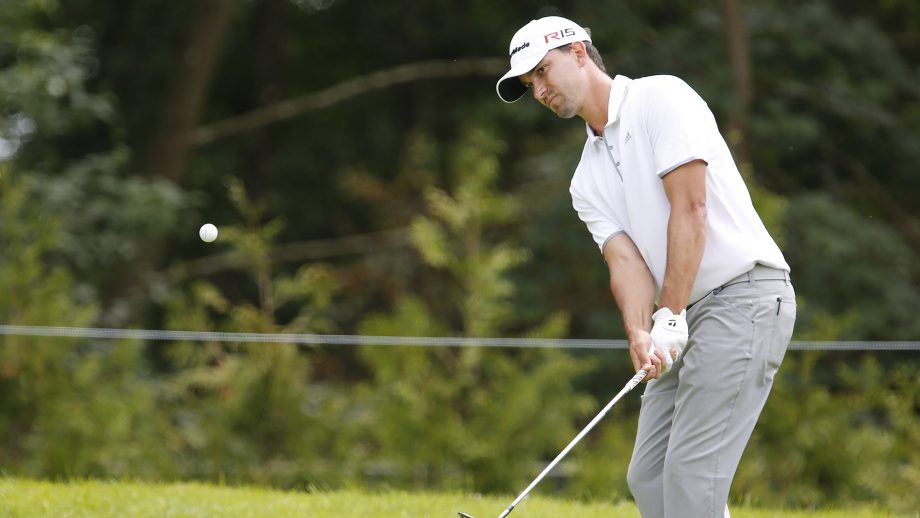 London, ON, Canada — For the third time in four events, Corey Pereira has a hold of the lead on the Mackenzie Tour, this time drawing even with Jonathan Garrick after his second 65 in as many days at the Freedom 55 Financial Championship.

“It wasn’t really anything special until the last few holes,” said the University of Washington alum. “I felt like I left a few out there and made some mistakes, but that’s just how golf is sometimes, you make some mistakes, but stay in it, and I made birdie on the last two and turned a solid round into a really good round.”

Coming into the event, the season could be defined and split into two halves, each involving one of the top-2 players on the Mackenzie Tour Order of Merit. The first half was owned by Zach Wright, who became the first ever Mackenzie Tour player to open the season with six consecutive top-10 finishes.

The second half of the season seemed defined by Tyler McCumber, who became the only player in Mackenzie Tour history to win back-to-back events, quickly following up his victory at the Osprey Valley Open with a win at the Syncrude Oil Country Championship on Petroleum Golf Club, a course his father Mark designed. Adding the Players Cup a few weeks later to all but lock up Player of the Year honours, it appeared 2018’s storylines were set.

Not so fast. With a win at the ATB Financial Classic followed by a playoff loss at last week’s Mackenzie Investments Open, Corey Pereira has quickly become a name to recognize among professional golf circles.

With a win this week, Pereira would leapfrog George Cunningham and aforementioned Wright to finish the season at No. 2 on the year-end Order of Merit.

While the start of the season for Pereira allowed him to keep pace in the race for The Five, none of his finishes jumped off the page, but, beginning at the Syncrude Oil Country Championship, he has played his past 18 rounds on the Mackenzie Tour under par, earning $62,020 in that stretch.

“I can’t pinpoint anything special, I just stuck to the process and the pieces have come together, that’s just what golf is,” said Pereira. “Sometimes you’ll have a bad few months, but if you keep doing the right things I believe you can turn it around, I wasn’t far off at the start of the season, but I’ve put the pieces together.”

Pereira’s 65s at Highland Country Club have come in different ways, with the first a clean-carded five-birdie round. The second, an up-and-down day with seven birdies and a pair of bogeys.

“I’m handling everything well so far,” said the second-year pro. “The weekend will be a test for sure, but I’m looking forward to it.”

Joining Pereira at the top of the leaderboard is first-round co-leader Jonathan Garrick, who closed his second round with three birdies in his final four holes to sign for a 67.