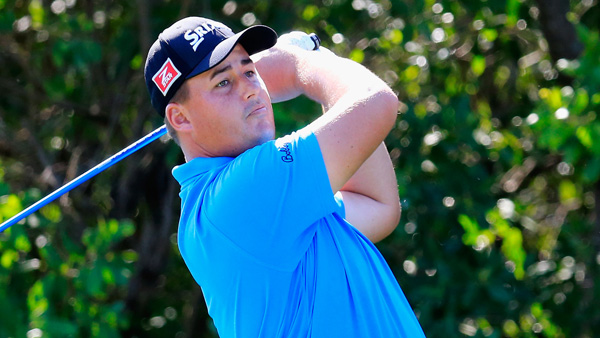 PLAYA DEL CARMEN, Mexico — Michael Putnam birdied five of the first eight holes Friday and finished with a 7-under 64 to take the lead in the PGA Tour’s OHL Classic.

Putnam had a 12-under 130 total, playing the first 36 holes without a bogey on Mayakoba’s El Camaleon course. He won the Web.com Tour’s 2013 Mexico Championship.

“I’ve kept the ball in play really well,” Putnam said. “It’s a tight golf course and got to keep it between the trees. After that, I’ve hit a lot of greens and made a lot of two putts. I did make about a 10-footer for par on 16 – probably the hardest hole on the course. Other than that, it was a pretty easy bogey-free round.”

Winless in 95 career PGA Tour starts, the 31-year-old former Pepperdine player birdied the par-4 18th to close his morning round.

Shawn Stefani and Jason Bohn were a stroke back. They each shot 65.

Stefani had seven birdies and a bogey.

“I’ve been hitting the ball really well for quite some time now,” Stefani said. “The last few days really has been credit to my putter. I kind of figured something out on Wednesday and just kind of focused on that.”

Bohn had six birdies in his second straight bogey-free round.

“It’s about positioning yourself in the middle of the fairway or right side of the fairway and trying to attack some of these flags,” Bohn said. “One of my strengths is just getting the ball in play. If I can get my putter hot, we’ll see what happens.”

David Hearn, Nicholas Thompson, Will MacKenzie and Alex Cejka were 9 under. Hearn and Thompson shot 65, Cejka had a 67, and MacKenzie a 68.

Oscar Fraustro topped the seven Mexican players in the field, shooting a 67 to reach 7 under.

“I’m happy with my round today again, very good score again,” Fraustro said through a translator. “It could have been better, but I had better control of my game.”

Countryman Carlos Ortiz was another stroke back, overcoming an early double bogey for a 69. He won three times on the Web.com Tour last season.

“I’m proud of myself,” Ortiz said. “I got it back and finished under par. I’m still in the tournament.”

Defending champion Harris English was 4 under after a 71.

Canada’s Roger Sloan is tied for 46th at 4-under, while Nick Talyor is 58th.

The tournament is the final regular-season event of the year.