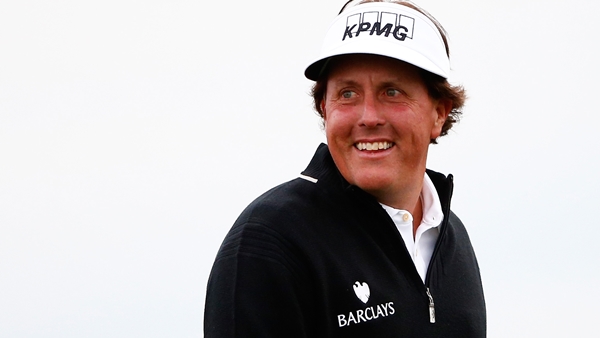 SAN DIEGO – One player not concerned about Tiger Woods and his golf game is his longtime rival – Phil Mickelson.

Woods is coming off the worst score of his PGA Tour career – 82 – last week in the Phoenix Open. He missed the cut by 12 shots, and it was the first time in his career that he missed the cut in two straight tour events, though they were played six months apart. Most disconcerting was how badly his short game looked.

With analysis on overdrive, the immediate chatter has shifted from whether Woods will match the Jack Nicklaus record of 18 majors (Woods has 14) to whether he can win three more regular PGA Tour events and match the record 82 won by Sam Snead.

Mickelson said the short-game woes are understandable because of how little Woods has played. The Phoenix Open was only his second tournament in six months after taking a break to fully heal from back surgery and to regain his strength. During his time off, Woods began working with a new swing consultant, Chris Como.

“I think the short game, when you haven’t played, it’s the first thing to feel uncomfortable and the quickest thing to get back,” Mickelson said after his pro-am round at the Farmers Insurance Open. “I don’t think he’s going to have any problems, I really don’t. I think we all – myself included – have had stretches where we feel a little uncomfortable. We don’t hit it solid, and usually it’s just a small tweak, because it’s such a short swing that it’s not a hard thing to fix.

“I just don’t see that lasting more than a week or two.”

Mickelson also missed the cut at the Phoenix Open after a 76 in the second round. He tied for 24th in the Humana Challenge. He has gone 31 tournaments without a win dating to the British Open at Muirfield in 2013 for his fifth career major.

Mickelson and Woods have been rivals for some two decades, though it is one-sided. Because of Woods – and Mickelson not at his best when Woods was out with injury – Mickelson has never been No. 1 in the world, won a PGA Tour money title or been voted player of the year. He has 42 victories, putting him at No. 9 on the PGA Tour career list and still 37 wins short of Woods.

Mickelson said he has gone through spells of bad chipping and it comes back. Once the technical issues are solved, he said the confidence returns.

“It’s not like it’s a big concern,” Mickelson said. “As long as he’s healthy and as long as he can swing the club the way he’s swinging it, with the speed he’s swinging at, I think his game will come back pretty quickly.”