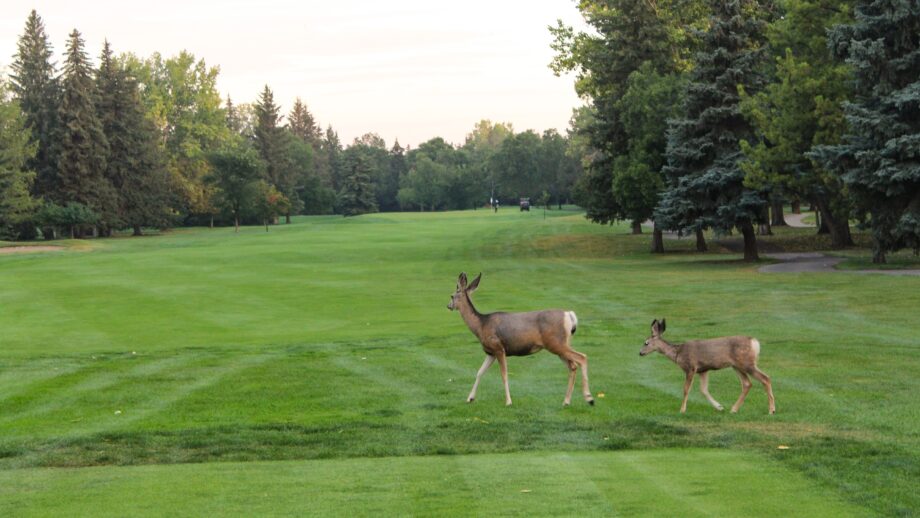 Clear skies over Red Deer Golf and Country Club set the stage for a picturesque day in Red Deer, Alta. as the Canadian Men’s Senior Championship, presented by BDO, wrapped up its third day of play in the Energy Province.

For the third consecutive day, Mike Lohner continues to hold prime real estate at the top of the leaderboard, firing even par 72 to share the lead with fellow countryman Rusty Strawn. A resident of Southlake, Tex., Lohner finished second in the Carlton Woods Invitational earlier this year and is in the hunt for his first victory north of the border.

Strawn finished the first round tied for the top spot with Lohner, but dipped down to second place after navigating three bogeys during yesterday’s second round. After a steady performance today where the McDonough, Ga. resident made birdie on five holes, Strawn holds a share of the lead once again and will look to keep the momentum going after securing a victory at the U.S. Senior Amateur Championship last week.

Occupying the third spot, local golfer and Red Deer Golf and Country Club member Ken Griffith came in at one-under par today. Frank Van Dornick of Camrose, Alta. (4), and Dave Bunker of Ridgeway, Ont. (5) round out the top five with an even score.

In addition to sitting fourth for the overall tournament, Van Dornick also leads the 65-and-over Super Senior division that runs concurrently throughout the week. The Super Senior champion will be crowned tomorrow and awarded the Governor’s Cup.

Tomorrow promises to be an exciting battle of top amateur talent with an exemption into the 2023 U.S. Senior Amateur Championship on the line. Not only will the winner etch their name into the historic John Rankin Memorial Trophy, but also into Canadian golf history as the field of 156 top senior golfers comes down to one champion.

The final round is set to commence at 8:10 a.m. MT tomorrow with the awards ceremony scheduled to take place at approximately 3:00 p.m. MT at Red Deer Golf and Country Club.