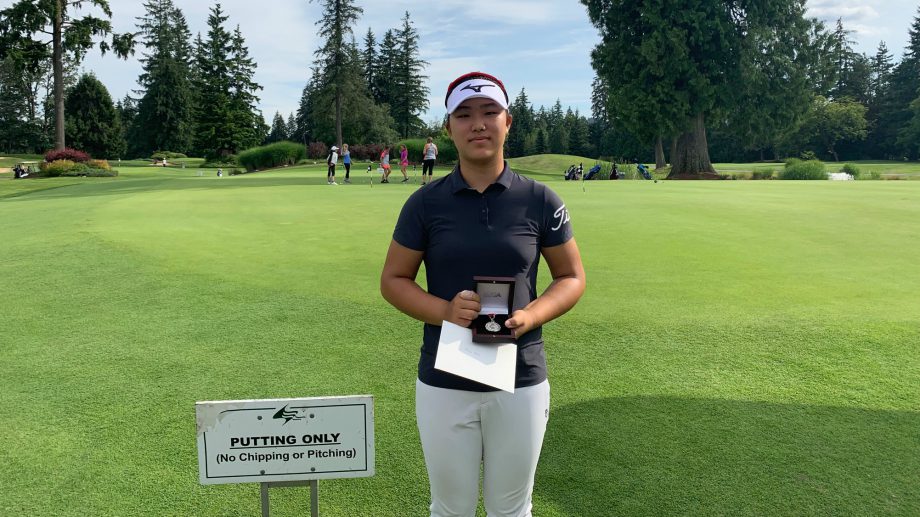 NORTH VANCOUVER, B.C. – Min A Yoon and Kum Kang Park, both of the Republic of Korea, as well as Canadians Nonie Marler (Vancouver) and Lauren Kim (Surrey, B.C.) earned exemptions to the 2019 U.S. Women’s Amateur Championship at the sectional qualifier held at Seymour Golf & Country Club in North Vancouver, B.C., on Tuesday.

Yoon carded a 2-under-par 70 to take medallist honours. Five birdies, including two on her last five holes, secured an exemption for the Korean.

Four front-nine birdies put Park in a good position to earn an exemption, but she nearly fell out of contention on the back-nine. She was able to work around three straight bogeys on holes No. 14 through 16 to finish one stroke behind Yoon.

Park made her first career start on the LPGA Tour in April 2019. She missed the cut at the LOTTE Championship, an event that was won by Brooke Henderson.

Marler and Kim both shot 1-under-par 73, earning the final two exemptions. At only 13 years old, Kim will be one of the youngest competitors among the 156 players teeing off at the U.S. Women’s Amateur.

This will be the first time playing the U.S. Women’s Amateur for all four players.

Angel (Mu Chen) Lin of Surrey, B.C., finished in fifth place at 2 over, earning an alternate spot for the tournament.

It doesn’t get better than having 13-time BC Amateur Champion Doug Roxburgh doing scoring for the ⁦@USGA⁩ Women’s Am qualifier ⁦@seymourgolf⁩ pic.twitter.com/sDy9hwcgyv

The sectional at Seymour was the only such qualifier in Canada. A total of 24 qualifiers are taking place across North America from July 1-17. The 119th U.S. Women’s Amateur will be held from August 5-11 at Old Waverly Golf Club in West Point, Miss.

A qualifier for the U.S. Amateur Championship is taking place Monday, July 22 at The Thornhill Club in Thornhill, Ont. More information can be found here.