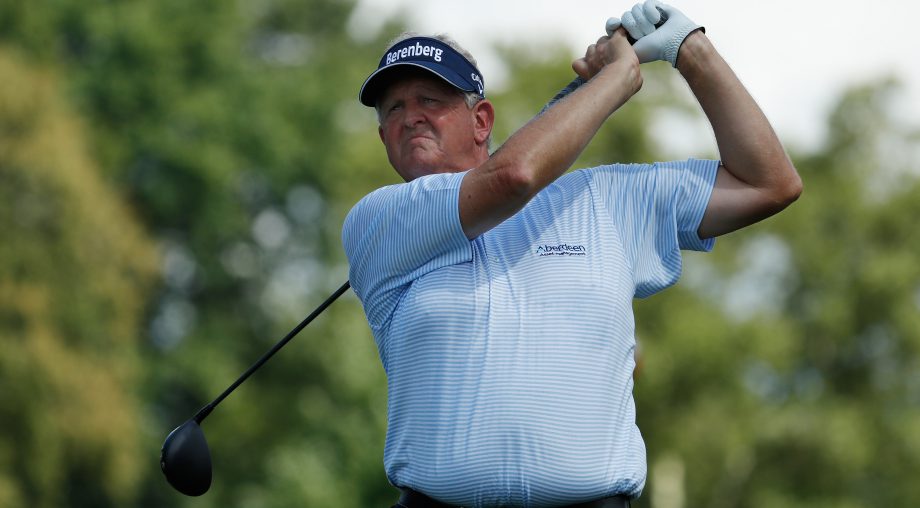 VICTORIA – Colin Montgomerie won the Pacific Links Bear Mountain Championship on Sunday, outlasting Scott McCarron with a birdie on the third hole of a playoff.

Montgomerie closed with a 4-under 67 to match McCarron at 15-under 198 at scenic Bear Mountain Resort, the first-year venue in the PGA Tour Champions event that was played in Hawaii from 2012-14.

McCarron bogeyed the par-5 18th in regulation for a 70.

Montgomerie and McCarron matched pars on 18 on the first two extra holes.

The 53-year-old Montgomerie’s three previous victories on the 50-and-over tour came in major championships – the 2014 and 2015 Senior PGA Championship and 2014 U.S. Senior Open. The Scot won 31 times on the European Tour and topped the tour’s money list a record eight times, seven in a row from 1993-99.

McCarron missed a chance for his second victory of the year after winning the Principal Charity Classic in June in Iowa for his first senior title.

Miguel Angel Jimenez shot a course-record 61 to tie for third at 13 under, finishing as Montgomerie and McCarron made the turn. The Spanish star played the first five holes on the back nine in 6 under with an eagle and five birdies, then closed with four pars to miss a chance to break 60.

Bernhard Langer closed with a 63 to tie for seventh at 12 under. The 59-year-old German star leads the tour with four victories this season.

Fellow Hall of Famer Vijay Singh tied for 28th at 6 under after a 71.

Rod Spittle topped the four Canadians in the field, closing with a 65 to tie for 38th at 4 under. Jim Rutledge was 3 under after a 68, Stephen Ames 1 over after a 69, and Murray Poje had a 73 to finish last among the 78 finishers at 21 over.