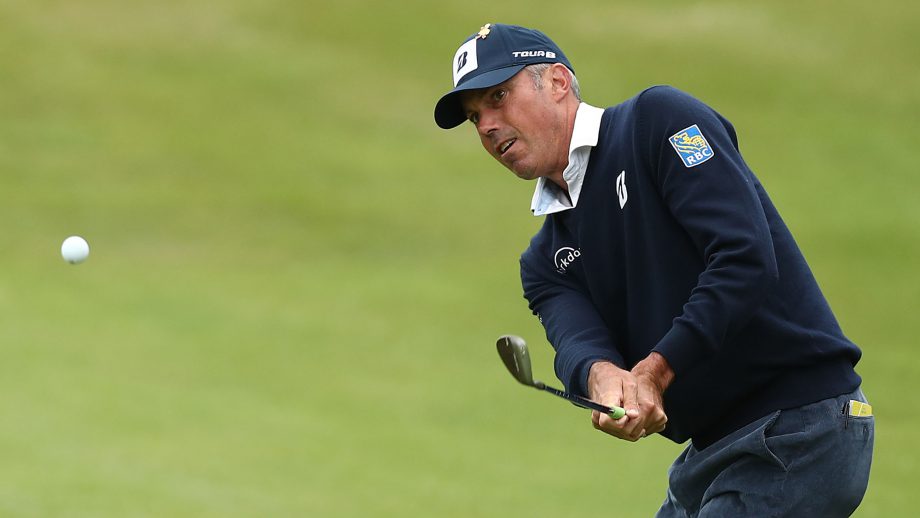 MELBOURNE, Australia – The World Cup of Golf is getting an early taste of Melbourne’s fickle weather.

Organizers of the 28-team event at Metropolitan Golf Club have moved up tee times by an hour for Thursday’s first round of the 72-hole stroke-play tournament that features fourballs (best ball) and foursomes (alternate shot) over two rounds each.

Heavy rain is in the forecast beginning in the early afternoon Thursday. Wednesday was mostly sunny after a big storm hit the course on Tuesday evening, bringing with it hail, high winds and plenty of rain.

The forecast is even worse for Friday, with cool temperatures and more rain.

Teams from Malaysia and Zimbabwe will tee off in the fourballs competition on Thursday at 7:20 a.m. with the top-ranked teams of Australia (Marc Leishman and Cameron Smith) and the United States (Matt Kuchar and Kyle Stanley) off last about three hours later.

Soren Kjeldsen and Thorbjorn Olesen, who won the title for Denmark by four strokes two years ago at nearby Kingston Heath, are back for another attempt to win on a sandbelt course in southeast Melbourne.

“Obviously we’ve picked up a few things two years ago, what worked and what didn’t work, mainly what worked,” Kjeldsen said Wednesday. “I think we’ve got a good idea what we need to do, but like Thorbjorn says, it’s going to be very difficult. I think there are a lot of strong teams this year as well.”

Stanley said he’s not too worried about the weather.

“It’s one of the best golf courses in the world so it’s a great venue for this week,” he said. “I know we’ve got a little weather coming in but I live in Seattle so that’s no big deal for me.”

Martin Kaymer, who will represent Germany with Maximilian Kieffer, was in the same frame of mind.

“The weather forecast is what it is and we all have an umbrella and rain gear so off we go,” Kaymer said.

The format will switch to foursomes on Friday and Sunday, with Saturday returning to fourballs.