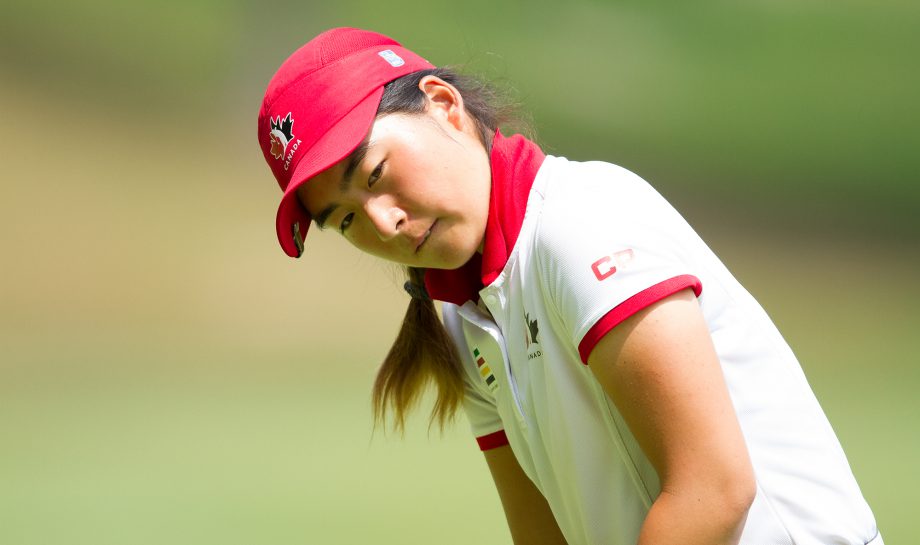 RIVIERA MAYA, Mexico – Team Canada’s Naomi Ko was the lone bright spot on the day for the Canadian trio, carding a tournament-low 66 (-6) on the Iberoster Playa Paraiso Golf Course to lift the team into sole possession of 10th place through 36 holes at the Women’s World Amateur Team Championship.

Following her second round, the 19-year-old Victoria, B.C., native owns a share of third place individually at 3-under par (75-66), just two strokes off the pace. Ko’s round was a much-needed boost for the Canadian contingent, who otherwise struggled with a 78 (+6) from Maddie Szeryk and an 80 (+8) from Josée Doyon.

The Republic of Korea posted a second-round 137 with a 68 from Min Ji Park and a 69 from Hye Jin Choi for a 36-hole total of 275 to overtake first-round leader Switzerland and gain a seven-stroke advantage at the 27th Women’s World Amateur Team Championship (WWATC).

The Koreans are seeking their fourth victory in the event having first claimed the Espirito Santo Trophy in 1996. In 2012 in Turkey, Korea made a similar surge in the second round, moving from eighth-position into a five-stroke lead, and in 2010 in Argentina, they shot a record 128 to move from a tie for 13th into first place.

“I’m very happy that we are leading at the moment and I’m very proud of the players,” said Korean captain Sang-Won Ko. “It was a little different from yesterday. We struggled in the front nine yesterday but today everyone seemed very calm. I feel that they really enjoyed playing and that’s why the score is very good.”

Park, the 16-year-old Australian Amateur champion, posted six birdies and two bogeys for a 4-under-par 68 and Choi, 16, the low amateur at the 2016 U.S. Women’s Open, tallied four birdies and one bogey for her 3-under 69. The team, which began the day one-stroke behind Switzerland, played on the par 72, 6,295-yard/5,752-meter Mayakoba El Camaleon Golf Club.

“This is a team event though, so we focus on playing as a team, practicing together and keeping a good team spirit,” Choi added. “We trust each other very much and that is good for our performance.”

First-round leader Switzerland, playing on the 6,167-yard/5,637-meter Iberostar Playa Paraiso Golf Club, registered a second-round 145 on the scores of the Metraux sisters, Kim (72) and Morgane (73) to hold second place at 6-under 282.

“I’m really pleased but a little frustrated right now because I finished with two bogeys,” said Kim Metraux, who is a Florida State University teammate with sibling Morgane. “But I couldn’t have wished for anything better, we are in contention and that’s all that is important. We still have two rounds to go so anything can happen.”

Ireland, which was tied seventh after the first round, moved into third position at 287, on a combined 3-under 141 from Leona Maguire (70) and Olivia Mehaffey (71). Maguire is one of two 2016 Olympic participants in the field and the Mark H. McCormack medal winner in 2015 and 2016 as the world’s top-ranked amateur.

“The goal today was to try to be under par as a team,” said Maguire, who is a junior at Duke University in the USA. “I had a lot of chances out there that just edged the hole so going into the last two days I will be trying to hole a few more of them and anything can happen really.

“Two good under par rounds from two of us is all it really needs to jump us up there. We will just be trying to keep giving ourselves chances and hopefully a few more will drop in the next two days.”

Denmark, on the strength of a 5-under 67 from Puk Lyng Thomsen, and a 2-under 70 from Malene Kroelboell Hansen, registered a 7-under 137 (matching Korea for the day’s low team total) to move into a tie for fourth with Thailand at 288.

The rest of the top 10 includes the People’s Republic of China is sixth at 290 with the Austria and the USA tied for seventh at 291. Host Mexico is ninth at 292.