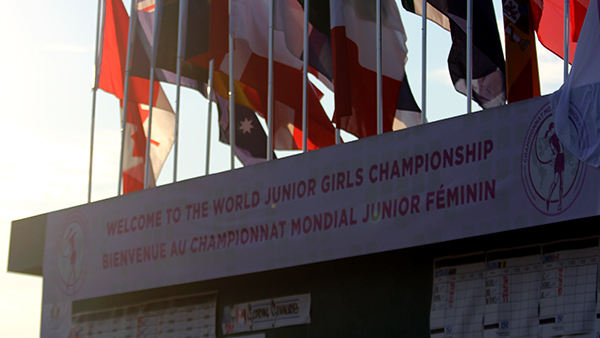 The stage has been set for the world’s top female junior golfers to put their talent and skill on display at the second annual World Junior Girls Championship.  The Marshes Golf Club in the nation’s capital is set to host the event from September 20-25 as the world’s premier 18-and-underplayers descend upon Ottawa to compete in both team and individual competition.

“We are thrilled to announce The Marshes Golf Club as hosts of this year’s World Junior Girls Championship. The challenging course and the scenic backdrop of Ottawa will showcase the game’s proud tradition in Canada,” said Tournament Director Mary Beth McKenna.

Situated among wetlands and forests with the Gatineau Hills in the distance, The Marshes is a prime example of the craft and care that Robert Trent Jones Jr. and Sr. put into their course designs. The venerable club has been home to several local and provincial amateur competitions and has hosted five PGA of Canada Senior Championships, most recently in 2009.

Conducted by Golf Canada in partnership with the Golf Association of Ontario and supported by the International Golf Federation, the 2015 edition of the World Junior Girls Championship will bring together 48of the top 18-and-under female golfers from 15countries. As hosts of the event, Canada will once again feature two contingents vying for the competition’s top prize.

When asked about having the championship in Ontario again, Golf Association of Ontario’s Executive Director Steve Carroll spoke to the tournament’s ability to grow the game. “It is an honour to host this event in our province for a second consecutive year and we greatly appreciate the support of the Ontario Ministry of Tourism, Culture and Sport and the Ottawa Valley Golf Association for this world class championship. It provides us the opportunity to not only develop our athletes on home soil, but to also showcase our great sport and display the amazing golf skills of these incredible athletes.”

In addition to the 72-hole team and individual competitions, the World Junior Golf Championship will be a celebration of the sport with a specific focus on developing the game. Before the tournament gets underway, Golf Canada will host a Canadian Sport Institute Ontario (CSIO) coaching summit and a girls skill development clinic.

“As much as this Championship is about competition, it also serves to strengthen the game and increase the profile of golf in Canada,” said Scott Simmons, CEO of Golf Canada.

The competition’s first round will begin on Tuesday, September 22; the tournament’s closing ceremonies will wrap-up the event on Friday, September 25 with one team and one player being crowned world champions.