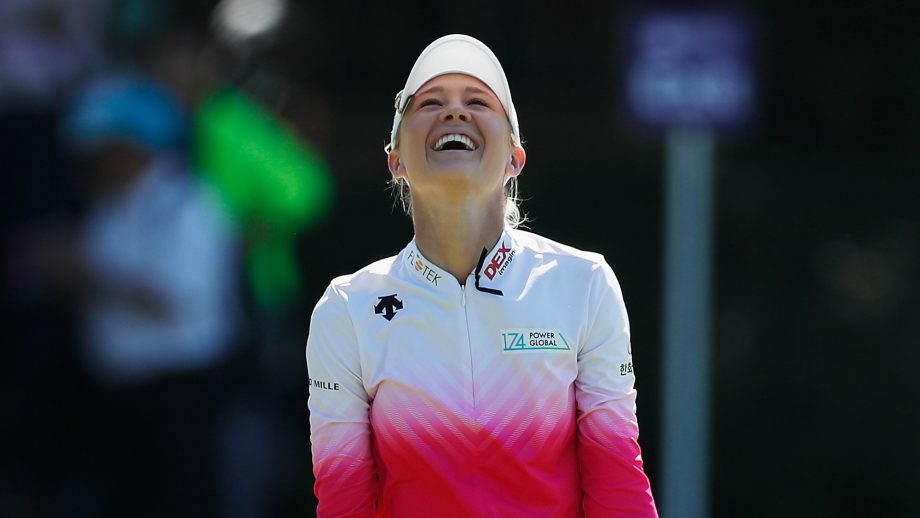 TAOYUAN, Taiwan – Nelly Korda shot a 4-under 68 to win the Taiwan Championship on Sunday for her first LPGA tour title.

Korda – the younger sister of Jessica Korda, who has won five titles on the LPGA tour – had an eagle on the par-5 sixth hole and added two more birdies at the Ta Shee Golf and Country Club to finish at 13-under 275. She was two strokes ahead of Minjee Lee, who shot a bogey-free 66.

“Truthfully, I cannot put it into words,” Korda said. “It still hasn’t hit. It’s definitely one of the best days of my entire life. I can finally check that off of my list, winning an LPGA event, something that I dreamed of ever since I started playing.”

Korda got her first birdie of the day on the par-4 No. 4 before the eagle on the sixth hole.

“I was hitting it really well on the front nine,” Korda said. “I mean, I played really solid. No. 4 is definitely probably one of the hardest holes on this golf course because you have such a long approachnto the green.”

Ryann O’Toole carded seven birdies – including four of the last five holes – against a pair of bogeys for a 67 and sole possession of third place at 10-under 278.

“I just put myself in position and made putts,” O’Toole said. “I bogeyed the first hole and I think the best thing I could have done was stay in the moment after that.”

Carlota Ciganda offset two bogeys with five birdies for a 69 that left her tied for fourth with Megan Khang (71).

Local favourite Wei-Ling Hsu, who held a share of the lead with Korda after the third round, had five bogeys and closed with a 74 to finish tied for sixth with Lydia Ko (72).