Nick Taylor 1 back at Barbasol Championship 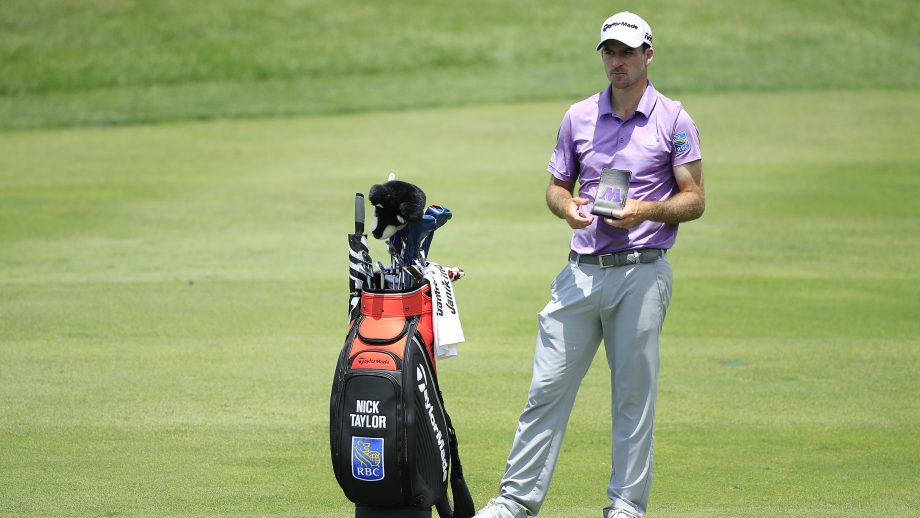 NICHOLASVILLE, Ky. – Nick Taylor sits one stroke back of the lead at the PGA TOUR’s Barbasol Championship.

J.T. Poston shot a 10-under 62 on Thursday to take the first-round lead.

Poston birdied six of the first eight holes at rain-softened Keene Trace, bogeyed the par-3 ninth and added five more birdies on the back nine for his lowest score on the PGA Tour.

“It was one of those days everything clicked,” Poston said. “Hit it good, hit a lot of fairways, a lot of greens. I was hitting it so good I didn’t really have that many lengthy birdie putts that I made until the last hole.”

Winless on the tour, the 26-year-old former Western Carolina player closed with a 27-foot birdie putt on the par-4 18th.

“The greens had been a little on the firmer side at the start of the week, firmer than I think most guys would expect,” Poston said. “But a lot of rain last night and so they’re soft, and they’re really good greens and you can make a lot of putts. They’re rolling really well. You hit the fairway and you get a lot of wedges in your hand and guys are going to make a lot of birdies.”

Nick Taylor was a stroke back. The Canadian had an eagle and seven birdies in a bogey-free round.

“I hit every green, I didn’t miss a fairway, so it was very solid tee to green and putts were going in,” Taylor said. “Everything was kind of clicking today. With the soft conditions, it was different than the practice rounds. I thought it would be a little bit more difficult, and then that rain came in last night and definitely softened things up. ”

Wes Roach opened with a 64.

“I played solid, hit a lot of fairways, gave myself some good opportunities with some wedges and short irons, and was able to hit some quality shots, and putted nice,” Roach said.

John Daly shot a 71, following a triple bogey on the par-4 fourth with an eagle on the par-5 fifth. Fighting osteoarthritis in his right knee, Daly was denied a cart by the R&A for the British Open, but has been approved for a cart at PGA Tour events until the end of the year. This is his first PGA Tour event since he was approved for a cart last fall.

“It’s just getting worse every day,” Daly said. “Probably have to go back and maybe duct tape it. I did it in Wisconsin. The knee’s falling, so you could literally pick my knee up and put it back. It’s brutal, but especially downhill and stuff like that.”

The tournament winner will receive a spot in the PGA Championship, but not in the Masters.