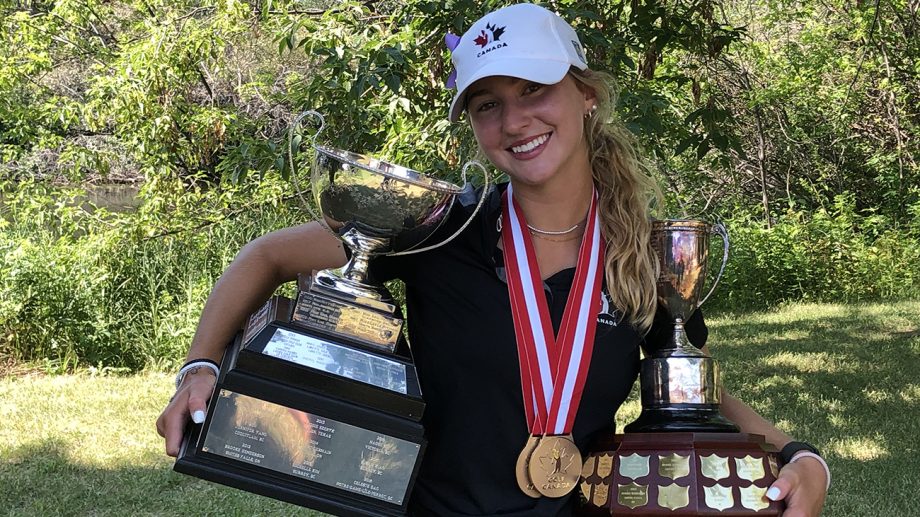 Gal finished the championship at 13 under. She finished ahead of fellow Junior Squad member and Oakville resident, Katie Cranston who finished second at 1 under.

Gal also won the Juvenile division, which ran concurrently for girls aged 16 and under, ahead of Luna Lu of Burnaby, B.C. at two-over and Martina Yu of Coquitlam, B.C. at three-over. Lu and Yu finished third and fourth overall, respectively.

The 16-year-old registered all four rounds with an under par score (71-69-68-67) and led the field by three at the end of the second round. By the completion of 54-holes, Gal had extended her lead to five strokes after a bogey-free third round.

By the time Gal and the final group reached the turn on Friday, Gal had extended her lead to eight strokes over Cranston and would go on to card a second consecutive bogey-free round.

This is not the first time Gal and Cranston have finished next to each other on the leaderboard. In 2020, Gal finished runner-up to Cranston at the Ontario Junior Girls Championship.

In 2019, Gal notably won the Drive, Chip and Putt Championship in the Girls 14-15 division.

This year’s Canadian Junior Girls Championship began with a 106-player field that included three of the Team Canada National Junior Squad members including Gal, Cranston, and Jennifer Gu of West Vancouver, B.C., who held the 18-hole lead and ultimately finished in a tie for eighth.

The field’s youngest competitor, 11-year-old Lucy Lin, finished in a tie for 12th at 12 over.

“It’s the first time I’m playing that event, so I don’t have many expectations yet,” said Gal on the Women’s Amateur. “But if I just take it day by day, I think I will finish pretty well there as well.”