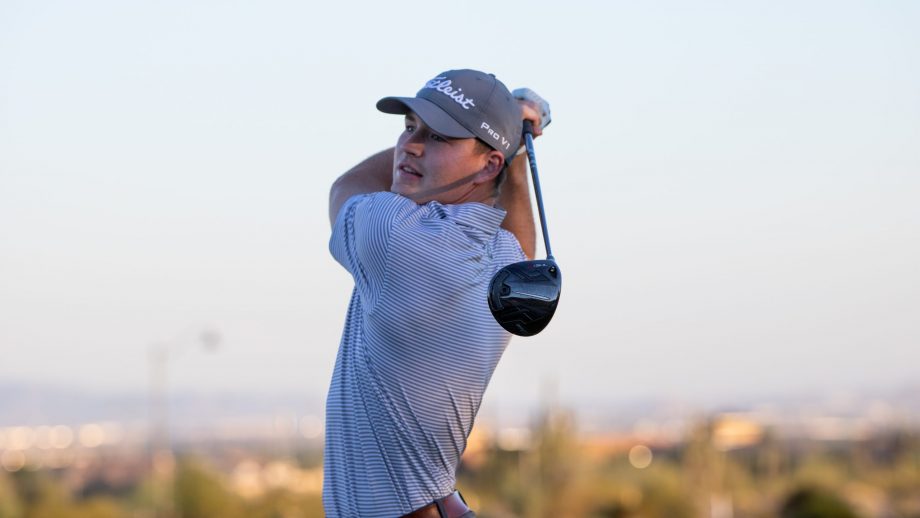 Noah Steele, 24, announced today that he has selected One Eleven Management Group for representation.

Steele, a National Team Program member and a 3-time NCAA tournament champion at Sam Houston State, begins his professional career after a summer to remember in 2021. That included a victory as an amateur on PGA Tour Canada against a field of professionals.

“I’m really excited to get my professional golf journey underway and thrilled to work with Jeff Dykeman and One Eleven Management Group in doing so,” said Steele, a Kingston, Ont., native. “Jeff’s reputation in the golf industry is fantastic and it was clear after a number of conversations that this would be a great match for both of us.”

In 2021, the Kingston, ON. native finished tied for fifth at the Canadian Amateur Championship before making an impressive run on PGA Tour Canada with a win, a runner-up and one additional top 10 on his way to finishing third on the points list. That secured him 2022 membership on the Canadian circuit. His victory at the 2021 Osprey Valley Open was especially impressive as he finished at 23-under par to win by six strokes at TPC Toronto.

“We are thrilled to start working with Noah, who on top of being exceptionally talented is also a total class act,” said Jeff Dykeman, CEO of One Eleven Management Group. “Noah is extremely dedicated to the process of achieving his goal of winning on the PGA Tour. We feel very privileged to be working with him and will do whatever we can to help and support him on this journey.”

Steele also earned conditional status on PGA Tour Latinoamerica for the 2022 season and hopes to play a full slate of events starting in February before returning home to play a full schedule on PGA Tour Canada. In addition, he will try to qualify for June’s RBC Canadian Open on the PGA Tour.

Golf Canada congratulates Noah on this next step in his career.