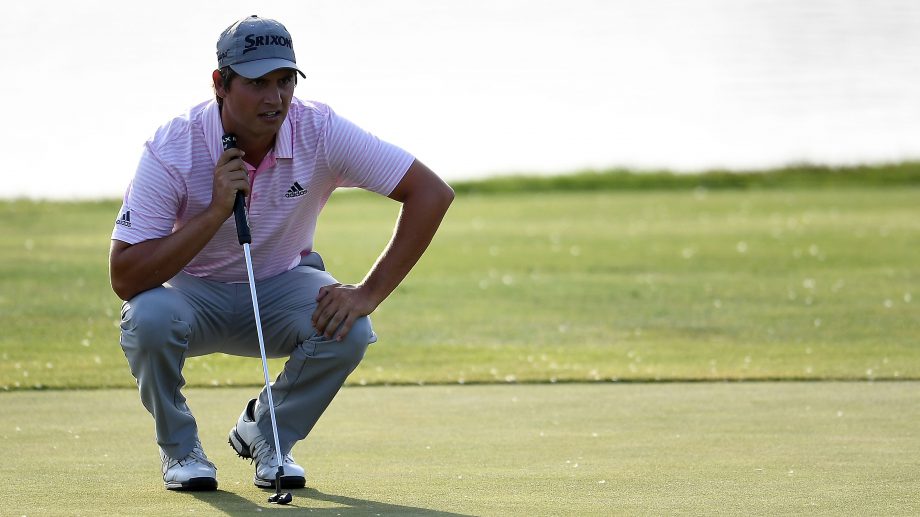 MUNDELEIN, Ill. – Calgary, Alberta native, Ryan Yip, sits T17 on Thursday after the first round of the Rust-Oleum Championship. He recorded a 3-under 69 after firing three birdies on the back nine.

Andrew Novak made 10 birdies at Ivanhoe Club and posted a 7-under 65 to take the first-round lead. The Web.com Tour rookie grabbed the first 18-hole lead of his career and heads into Friday’s second round one clear of Wes Roach and Jacques Blaauw.

With the mentality of a Monday qualifier, Novak was aggressive on the Dick Nugent design en route to his best start of the season. The 23-year-old from Raleigh, North Carolina ended the Web.com Tour Qualifying Tournament T73 and was left with conditional status to start 2018. Forced to Monday qualify each week, Novak has found success in the format successfully navigating the challenge twice on the PGA TOUR and three times on the Web.com Tour.

“It’s all just going low and not being afraid of making your seventh, eighth or ninth birdie,” said Novak. “I think the Mondays have taught me that, which has helped.”

The change in mindset has yielded favorable results the past several events. In five starts this season, the former Wofford Terrier made three cuts and entered the week No. 141 on the money list. Not knowing when you will get your next opportunity to compete can be difficult, but Novak has taken his lumps and remained resilient.

“It’s tough not knowing each week if you’re going to get to play,” he said. “It’s nice to know that I’ve earned it that way, but it’s tough.”

Each time Novak successfully qualified for an event, he felt pressure others didn’t. The need to perform so he wouldn’t be in this position the next week loomed over his head and made it difficult to post scores. Each shot was more important than it needed to be because he was in constantly in limbo. This week began differently as Novak got into the Rust-Oleum Championship on his number after the reshuffle.

“My first few events when I would Monday in, I knew I needed a good finish or else I’d be back trying to Monday,” said Novak. “I was definitely putting extra pressure on myself. Pressure that others may not have felt. I didn’t have status or the opportunity to play every week. It’s definitely different now, knowing that I shuffled in and can play every week.”

Novak has persevered through the tough times. The go-for-broke nature of the qualifiers has molded him into the competitor that posted a career-low 65 on Thursday afternoon.

While in Spartanburg, Novak admitted that he would let off the gas when he found himself a few shots under par. Since turning pro last summer, his conservative attitude on the course has shifted to a more aggressive style that yields more competitive scores on the Web.com Tour.

“I think what I learned is that I can go low,” he said. “The Mondays taught me how to go low. This is a birdie Tour and you have to be able to make a lot of birdies, so I think that was big for me.”

“I’ve had a lot of fun, even while doing the Mondays,” continued Novak. “It was still fun going out and competing and getting to play because this is what I want to do.”