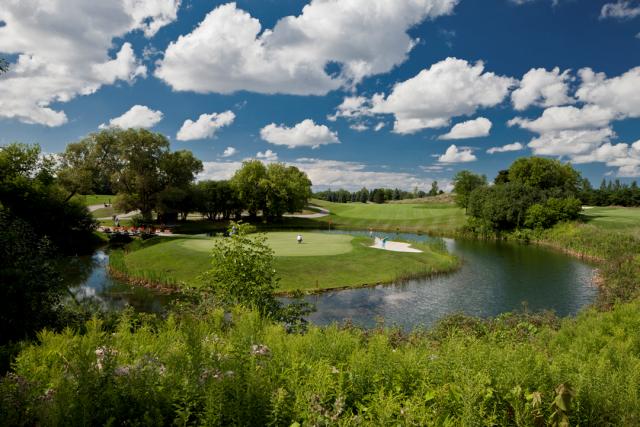 Oakville, Ont. (Golf Canada) – The final four spots into the 2016 RBC Canadian Open field will be determined Monday as the Final Qualifier is set for DiamondBack Golf Club in Richmond Hill, Ont.

A total of 72 competitors will challenge for one of four spots into the field for Canada’s National Open Championship.

The Final Qualifier features 18 holes of stroke play with the low four competitors receiving an exemption directly into the 2016 RBC Canadian Open field.  If necessary, a hole-by-hole playoff will be conducted immediately following the conclusion of play.

Click here for pairings, start times and results for RBC Canadian Open Final Qualifying on Monday, July 18. Results will be available as players complete their rounds.

The Final Qualifier on Monday, July 18—which was originally scheduled to be contested at Heron Point Golf Links in Alberton, Ont.—was moved to DiamondBack Golf Club by Golf Canada because of irrigation issues at Heron Point.

“Heron Point’s water control system was damaged late in the Spring which caused them to lose the majority of their water supply,” said Adam Helmer, Golf Canada’s Director, Rules, Competitions and Amateur Status. “Compounded by the drought that we have had in Ontario this season it has left the tees and fairways very burnt. They have worked hard to regain their turf conditions and were hopeful to get the course in shape for the qualifier, however, the conditions have become worse in the last few weeks which resulted in our decisions to change courses.”

The Final Qualifier at DiamondBack Golf Club will begin at 7:30am ET off the first tee.