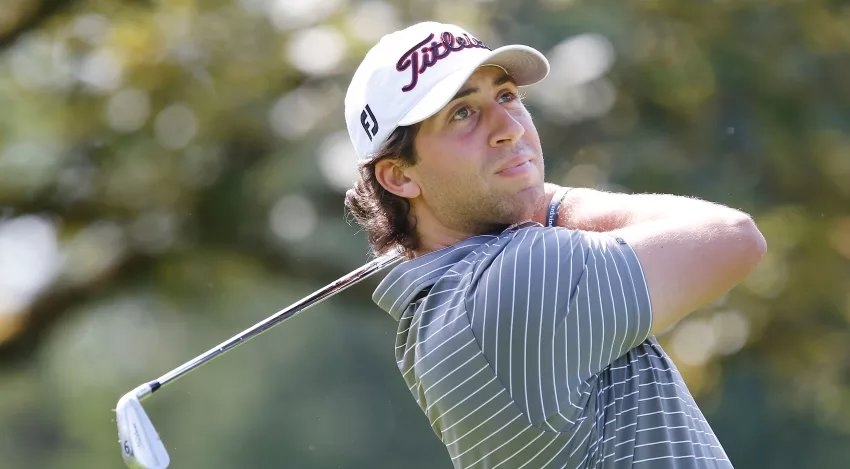 Ridgeway, Ont. – Greenwich, Connecticut’s David Pastore shot a 4-under 67 on Friday at the Cherry Hill Club on Friday to take the 36-hole lead at the Niagara Championship, the 11th event of the 2016 Mackenzie Tour – PGA TOUR Canada season.

The 24-year old Virginia Tech grad, who has been sidelined with a wrist injury for most of the 2016 season, birdied five of six holes on the back nine to reach 9-under overall, one stroke ahead of Plano, Texas’ Paul McConnell heading into the weekend.

“This is kind of new territory for me. I’ve never had the lead before,” said Pastore, who sits 143rd on the Order of Merit and needs a good week to make it into the top 60 and next week’s Freedom 55 Financial Championship. “The goal is to get to London next week, so I really don’t have much to lose this week. I’m happy at this point just to be on the course playing. It’s nice to be playing and playing well.”

Coming off a season where he finished 31st on the Order of Merit with four top-10 finishes, Pastore is looking to make up for lost time earlier this year and build off momentum he gained in 2015.

“Last year was my first year as a pro, and I played consistent,” said Pastore, adding that seeing his peers go on to success on the Web.com Tour boosted his confidence. “I didn’t have any top-5s, but I finished fifth in scoring average. Seeing what some of the other guys have done on the Web.com Tour and to know that I scored lower on average than a lot of those guys definitely gave me confidence and the belief that if I kept doing what I’m doing what I was doing last year would help me get there.”

With six players within two shots of the lead heading to the weekend, Pastore said he would try to stay aggressive, knowing the field won’t stay at bay and low scores will come from behind.