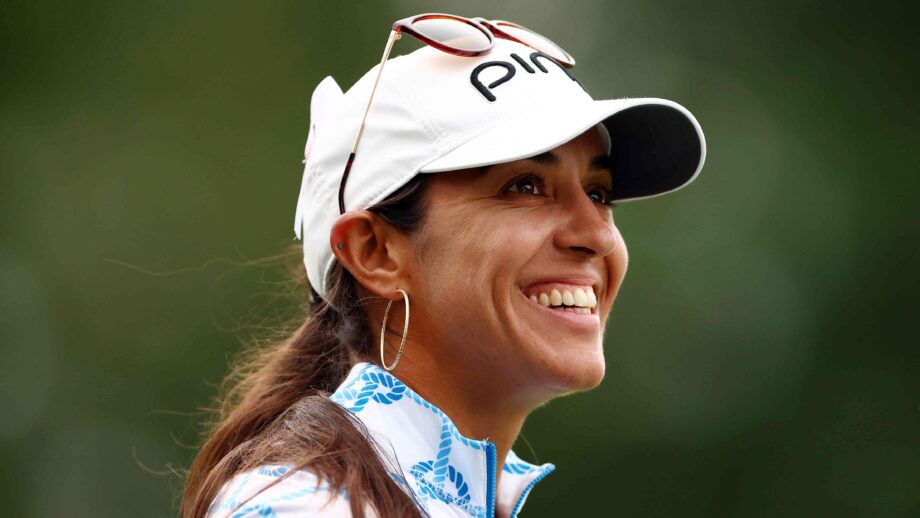 South Africa’s Paula Reto fired a 9-under 62 to rocket up the leaderboard for a two-stroke lead in the first round of the CP Women’s Open on Thursday. That topped Henderson’s 8-under 63 in 2017 when the Canadian national women’s championship was last held in Ottawa.

Reto wasn’t even aware she was making history until she came off the ninth green, having started her round on No. 10.

“I didn’t know it was the course record, so kind of finding out after my round takes the pressure off,” said Reto, who learned about her new record from an LPGA official as she approached reporters for a post-round interview.

“I’m happy about it. You know, I’m hoping to do some more good rounds coming here.”

Reto set a blistering pace in her first nine holes with six birdies to start her day. A birdie on the par-5 No. 9 to finish her day clinched the record.

“Usually when I make two, three, birdies I feel like it’s going to be a good day whether I either make a few more or not,” said Reto. “Under par is always good but to go low is fun and to have no bogeys.”

South Korea’s Narin An sat in sole possession of second after a 7-under 64. Americans Robyn Ree, Lilia Vu, and Emma Talley were tied for third at 6-under 65.

Hamilton’s Alena Sharp and Maddie Szeryk of London, Ont., were the low Canadians, finishing the day tied for 16th at 4-under 67. Amateur Lauren Zaretsky of Thornhill, Ont., had a hole-in-one to finish her round in a group tied for 30th.

“I just came in with no expectations, really,” said Sharp. “Just wanted to get a good feel on that first nine, make good decisions and hit some good shots, and putts went in.”

Henderson, from nearby Smiths Falls, Ont., and Selena Costabile of Thornhill were tied for 51st at 2 under.

Despite an underwhelming first-round result, the 24-year-old Henderson remained the star of the show. As the winningest professional in Canadian golf history _ regardless of gender _ and a local hero, she drew fans wherever she went around her home course.

“It was unreal. It’s so cool to have that much love and support,” said a smiling Henderson. “They’re happy even when I bogeyed the last hole. They were still cheering for me.

“It’s just an amazing feeling and I can’t wait for hopefully a better day tomorrow, and just can’t wait to hear some bigger roars.”

Henderson had a hot start, with three straight birdies to open her round to the delight of the large gallery that followed her around the course. However, a bogey on her fifth hole and then two more on her 16th and 18th holes submarined her day.

The 12-time LPGA champion seemed relaxed and confident despite the disappointing finish.

“I was hitting the ball well, playing pretty well, too. I feel like the score doesn’t show as well as I played,” said Henderson. “I was just trying to embrace the fans and enjoy the moment.”

The CP Women’s Open has not been held since 2019 because the COVID-19 pandemic forced the cancellation of the event in back-to-back years.