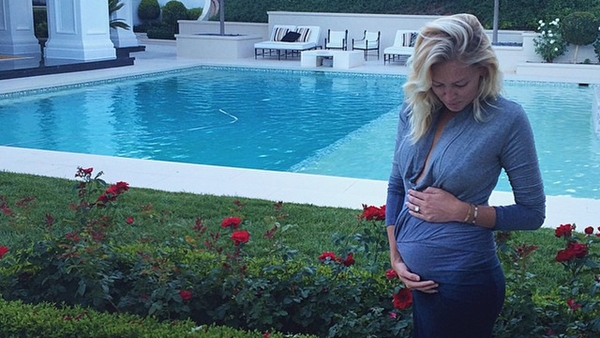 Dustin Johnson and fiancee Paulina Gretzky are having a baby.

Gretzky posted a photo on Instagram late Tuesday with her hands cradling her belly as she is looking down. She wrote that she and Johnson “are so excited to finally share with you all our amazing news .. we’re having a baby!!”

The news was confirmed by Johnson’s agent at Hambric Sports. The daughter of hockey great Wayne Gretzky did not say when they were expecting.

Johnson has taken a “voluntary leave” from golf to seek professional help for “personal challenges.” Golf.com cited an unnamed source as saying Johnson failed a drug test for the third time. The PGA Tour said only that he was not suspended.

Johnson gave up his spot on the Ryder Cup team during his leave.