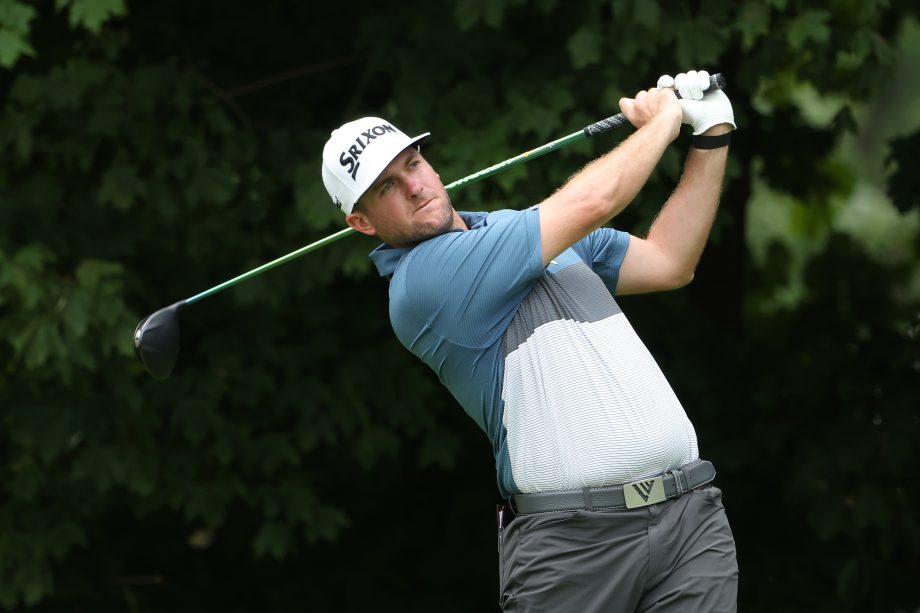 WICHITA, Kansas – Jared Wolfe carded a 5-under 65 on Saturday to claim the 54-hole lead at the Wichita Open Supporting Wichita’s Youth at 17-under 193. Taylor Montgomery and Taylor Pendrith sit three strokes off the lead at 14-under 196 after three rounds.

Wolfe, who began the day one stroke off the lead, used a birdie-eagle-birdie start to gain the lead after his first three holes on a windy day at Crestview Country Club. After a bogey on the par-4 fourth, he settled into the round with four consecutive pars. The Murray State University product tallied his third birdie of the day on No. 9 to make the turn at 16-under.

“I got off to a dream start,” Wolfe said after the round. “I just kind of kept things going with some good par saves. It was a good day.”

“It always helps,” he said of his win earlier this season. “Thankfully, that’s kind of the way most of the wins I’ve had have been. I know my game right now and I know it’s solid. If I play my game, I feel like things should go well.”

In 17 starts this season, Wolfe has made 13 cuts with four top-10s and entered the week ranked 15th in The 25. With a victory tomorrow, he would join Davis Riley as the only two-time winners on the Korn Ferry Tour this season.

“That’d be awesome (to win again),” he said. “I feel like this year has been the best year that I’ve had. I want to cash in on how I feel like I’ve been playing this year.”

Montgomery carded a 5-under 65 on Saturday to claim a share of second place after 54-holes. Like Wolfe, Montgomery played his first three holes 4-under to start his round. After making the turn at 12-under for the week, he tallied two birdies on his back nine to reach 14-under for the tournament.

In his first full season on Tour, Montgomery has made eight cuts in 15 starts highlighted by two top-10s. Earlier this season, he finished solo-third at the LECOM Suncoast Classic and T2 at the Nationwide Children’s Hospital Championship. The 25-year-old entered the week ranked 32nd in The 25 and in search of his first Korn Ferry Tour title.

Pendrith, who began the day one stroke clear of the field, carded four birdies against three bogeys on Saturday to reach 14-under after three rounds.

Pendrith, who entered the week ranked third on The 25, is still in search of his first Korn Ferry Tour title. In 18 starts this year, the 29-year-old has made 16 cuts highlighted by three runner-up finishes.