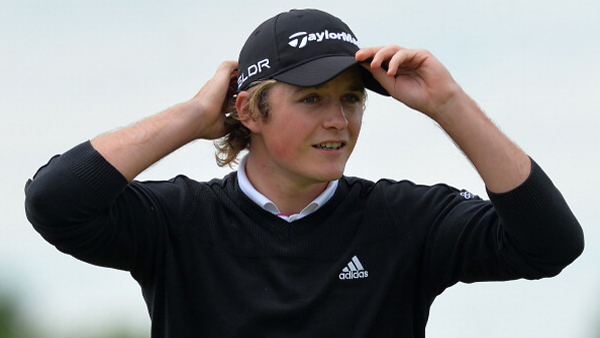 MALMO, Sweden – Sweden’s Jens Dantorp and Eddie Pepperell of England both opened with 6-under-par 66s to share the lead after the first day of the Nordea Masters on Thursday.

Boosted by the support of family, friends and other fans in Malmo, the 25-year-old Dantorp hit six birdies and no bogeys on his home course.

Looking ahead to the second round Dantorp said: “I cannot promise another bogey-free round but I’ll try to keep playing and putting well.”

Pepperell surged to the top of the leaderboard with three birdies on the last five holes.

“I played well today and I hit the ball better, which is the main thing for me. I’ve not been hitting the ball that well over the last couple of weeks, despite some good results,” he said.

World No. 2 Henrik Stenson hit seven birdies but four bogeys spoiled things for the Swede, who finished with a 3-under 69.

“No catastrophe, but I feel like I left a couple of shots out there,” said Stenson, who was irritated by spectators not keeping their mobile phones on silent.

“We have problems with mobile phones whether we play in China, Germany and apparently also in Sweden,” he said. “People can take as many pictures as they want, as long as they turn the sound off.”