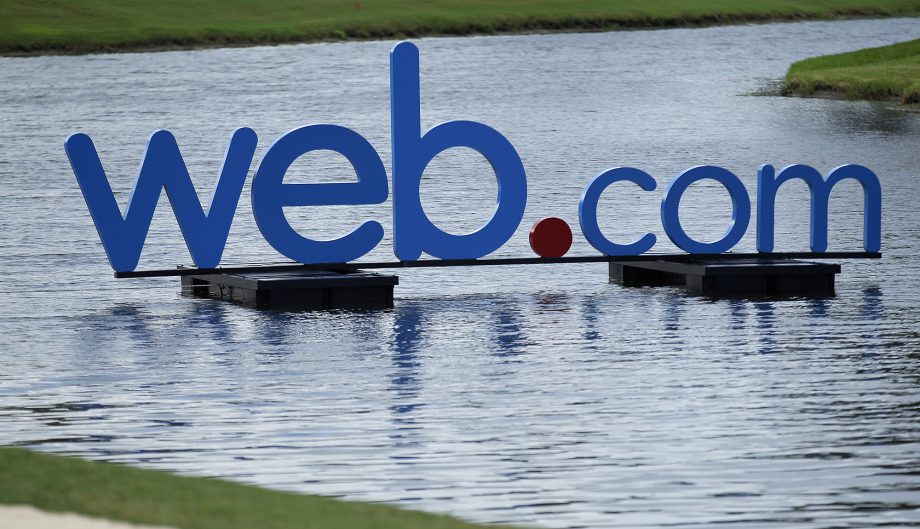 PONTE VEDRA BEACH, Fla. – The PGA TOUR today announced the 2018 Web.com Tour schedule, which features 27 tournaments played in 18 states and four countries outside the United States, and culminates with the four-event Web.com Tour Finals in August and September. The 27 events mark the most on the Web.com Tour calendar since 2012, with the $18.3 million in total prize money representing the most since the Tour’s 2010 season.

“We are thrilled with the positive momentum the Web.com Tour has established, and today’s schedule announcement is another indication of the further growth and strength of the Web.com Tour,” said PGA TOUR Commissioner Jay Monahan. “The players benefit greatly from these increased playing opportunities and arrive on the PGA TOUR ready to compete and win immediately.”

The season-long chase for 50 available PGA TOUR cards encompasses a 23-event Regular Season that runs from The Bahamas Great Exuma Classic at Sandals Emerald Bay in January through the WinCo Foods Portland Open presented by Kraft-Heinz in August, before giving way to the sixth annual Web.com Tour Finals, which will culminate with the season-ending Web.com Tour Championship in Atlantic Beach, Fla.

Twelve events will air on Golf Channel, including all four Web.com Tour Finals tournaments. The Web.com Tour will be seen in 180 other countries and territories, reaching a potential 300 million households across 36 channels outside the United States via the PGA TOUR’s international broadcasting operation.

“The momentum we’re seeing on the Web.com Tour is a direct result of the support from our title sponsors, the tireless effort put forth by our tournament directors and their staffs, and the passionate volunteers who donate time to make each event special and impactful,” said Web.com Tour President Dan Glod. “You combine that with the unique experience our players provide for fans by being approachable and engaging – on and off the golf course – and you can see why we are excited about the Web.com Tour’s future. As we look to 2018, we are pleased to see our schedule expand and will continue to focus on growth while enhancing the experience for fans, sponsors and players.”

The first five years of the Web.com Tour Finals have created a dramatic conclusion to the season-long chase for the 50 available PGA TOUR cards, with a host of the graduates finding immediate success on TOUR.

In total, nine graduates from the Web.com Tour’s Class of 2016 won 10 times on the PGA TOUR this past year, including Xander Schauffele, who earned his first title at the Greenbrier Classic and played his way into last week’s TOUR Championship in Atlanta, where he became the first rookie in history to win the TOUR’s season-ending event at storied East Lake Golf Club.

“The growth of the Web.com Tour and the caliber of its talent show that the PGA TOUR and Web.com are creating future opportunities where players can realize their full potential,” said David L. Brown, Chairman, CEO and President of Web.com. “The changes we are announcing will only improve the level of play while making meaningful contributions to local communities that reach far beyond golf.”

The 2018 season will open with the Web.com Tour returning to The Bahamas for the second annual Bahamas Great Exuma Classic at Sandals Emerald Bay (1/13-1/16) and Bahamas Great Abaco Classic at The Abaco Club (1/21-1/24). The Exuma Classic will feature a Saturday-Tuesday competition schedule, while the Abaco Classic will feature a Sunday-Wednesday format. All four rounds of each tournament will be carried live on Golf Channel.

The El Bosque Mexico Championship in Leon, Mexico will be held on March 5-11, while the Chitimacha Louisiana Open presented by NACHER will return to Le Triomphe Golf & Country Club in Broussard, La., for a 27th consecutive season the week of March 19-25.

The Web.com Tour will welcome two new events to the calendar in 2018, with the Savannah Golf Championship set for the week of March 26-April 1, and the North Mississippi Classic debuting the week of April 16-22. The Savannah Golf Championship will be contested at Deer Creek Golf Course at The Landings Club in Savannah, Ga., while the North Mississippi Classic will be held at the Country Club of Oxford in Oxford, Miss.

The North Mississippi Classic will be the third PGA TOUR-sanctioned event to be held annually in Mississippi, joining the PGA TOUR’s Sanderson Farms Championship and the Mississippi Gulf Resort Classic on PGA TOUR Champions. Mississippi is one of just five states to host an annual tournament on all three Tours, with California, Florida, Georgia and North Carolina being the other four.

The United Leasing & Finance Championship, held annually at famed Victoria National Golf Club near Evansville, Ind., will round out the Tour’s April schedule the week of April 23-29.

Two of the biggest moves in the Tour’s traditional schedule layout are found in May, with the Knoxville Open in Knoxville, Tenn., moving from its traditional August date to the week of May 7-13. The Tour will return with the 27th annual BMW Charity Pro-Am (May 14-20) in the South Carolina Upstate the following week, with the Nashville Golf Open Benefitting the Snedeker Foundation moving back approximately one month to the week of May 21-27.

Beginning with the Rex Hospital Open in Raleigh, N.C. the week of May 28-June 3, the Web.com Tour will play 11 tournaments in 12 weeks through the summer months to round out the Regular Season. Tournaments featured during that stretch include:

The WinCo Foods Portland Open will return to Pumpkin Ridge Golf Club near Portland, Ore., for a fifth straight year, where the first 25 PGA TOUR cards for the 2018-19 season will be determined.

The 2018 Web.com Tour Finals will begin the following week with back-to-back events in Ohio for the first time. The Nationwide Children’s Hospital Championship will be held at Ohio State University’s Scarlet Course in Columbus on August 20-26, with the DAP Championship at storied Canterbury Golf Club set for the week of August 27-September 2 just two hours northeast in Beachwood.

Following a week off, the Finals will conclude with the Albertsons Boise Open presented by Kraft Nabisco (Sept. 10-16) and the Web.com Tour Championship, which will return to Atlantic Beach Country Club in Atlantic Beach, Fla. the week of September 17-23.

The season-ending Web.com Tour Championship will finalize the second set of 25 PGA TOUR cards for 2018-19 and determine player positioning in the priority ranking system, which is used to form fields for TOUR events, for all 50 card recipients.