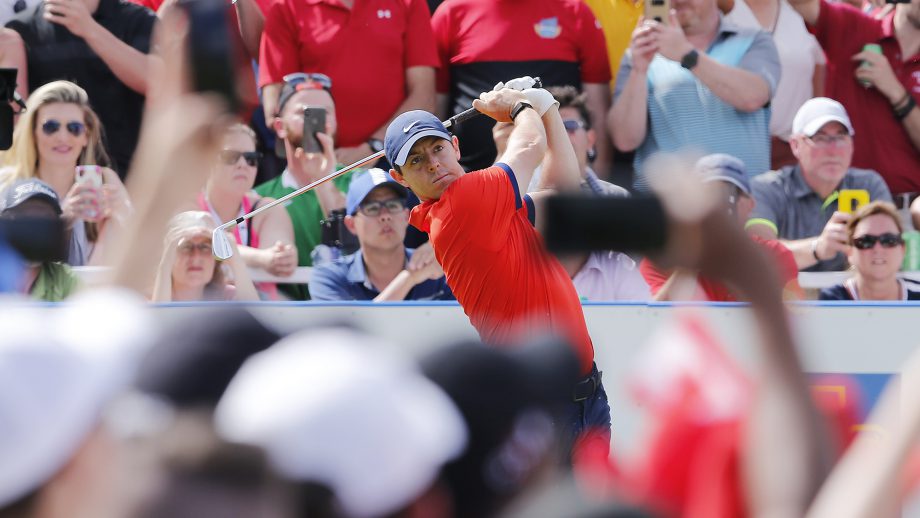 “Following a comprehensive process of studying the market, talking to all interested parties and analyzing our various options, we’re excited to announce that we have entered into new agreements with our existing partners ViacomCBS and Comcast/NBC Sports Group, while establishing a new long-term relationship with Disney and ESPN+,” said PGA TOUR Commissioner Jay Monahan. “We were extremely pleased with the interest we received from the market – both with incumbents and other media companies – and are excited that our current partners shared our vision for the future, and we are equally excited to be back in business with Disney and ESPN+.  These new deals will be a major win for our fans, bringing an elevated commitment from all three partners to help us expand and innovate our content and its delivery.”

Financial details will not be disclosed, but Monahan continued, “The nine-year deals will put us in a position to significantly increase player earnings, deliver more value to our tournaments and sponsors, and ultimately allow us to continue to grow our charitable footprint. Additionally, we are now able to reinvest in our sport in a way never before possible, including production, personnel and technology, and are well positioned to best serve and grow our fanbase in the years to come.”

CBS and NBC will maintain weekend coverage of most FedExCup tournaments, with CBS averaging 19 events and NBC eight events each season through the life of the agreements.  Under the new schedule, one network will televise all three FedExCup Playoffs events each year, starting with NBC in 2022 and generally alternating with CBS, creating powerful, three-week coverage of the conclusion of the race for the FedExCup.

NBC Sports Group also will continue as the TOUR’s cable partner, with GOLF Channel providing all early-round coverage and early weekend coverage of every FedExCup event each season, along with PGA TOUR Champions and the Korn Ferry Tour. Further strengthening the ties, the TOUR and NBC Sports will expand their collaborative content and programming relationship.

Another central component of the new agreements will see the PGA TOUR assume responsibility of the onsite production area and technical infrastructure each week, enabling the TOUR to more efficiently aggregate, distribute and develop content for its various platforms worldwide. CBS and NBC will still use their own production and announce teams, led by their producers, directors and production personnel.

Additionally, the TOUR and its media partners will collaborate on creating more sponsorship and marketing opportunities, inside and outside PGA TOUR golf coverage, including access to the vast resources of ViacomCBS, Comcast/NBC Sports Group and Disney and ESPN+.

“We’re excited to extend NBC Sports’ historic partnership with the PGA TOUR as its foundational media partner.  We will continue to utilize our extensive platforms to showcase golf with unparalleled live tournament coverage, comprehensive news and high-quality content. Golf is a part of NBCUniversal’s DNA across our broadcast, cable, streaming and digital properties – nowhere more so than GOLF Channel,” said Pete Bevacqua, President, NBC Sports Group. “With more live golf coverage than all other U.S. media companies combined, our relationship with the PGA TOUR also includes THE PLAYERS and Presidents Cup, as well as elevating the PGA TOUR Champions, Korn Ferry TOUR and LPGA Tour via our world-class coverage.”

“Extending our successful long-standing relationship with the PGA TOUR was a top priority, and we are thrilled to add nine more years to this terrific partnership,” said Sean McManus, Chairman, CBS Sports. “As the PGA TOUR’s primary broadcast network, we are excited to showcase over two-thirds of all broadcast network coverage of the PGA TOUR, expand our schedule with all three FedExCup Playoffs events in alternate years, and to increase our use of PGA TOUR content across all CBS Sports platforms, with even more expansive content exclusivity.  For over 60 years the PGA TOUR, its tournaments and sponsors have been outstanding partners. We look forward to many more years of growth and success together.”

For the first time, the TOUR’s digital rights were negotiated concurrently with its linear offering and will have a new, exciting, direct-to-consumer home: ESPN+. As a result of the new agreement, PGA TOUR LIVE – the TOUR’s subscription video service that was launched in 2015 – will live exclusively on ESPN+ beginning in 2022 and will be dramatically expanded to include multiple live content channels nearly every week of the FedExCup season.

Jimmy Pitaro, President, ESPN and co-Chairman, Disney Media Networks said, “We are looking forward to working with the PGA TOUR to bring current and future golf fans the next generation of TOUR coverage. ESPN+ will offer golf fans unprecedented access and storytelling at an incredible value on the industry’s leading sports streaming platform.”

Rick Anderson, Chief Media Officer, PGA TOUR added, “The relationship with Disney and ESPN+ gives the TOUR the opportunity to expand and diversify audiences, and the TOUR and ESPN will work together to bring new and unique content to our fans.”

ESPN+, the leading sports streaming service from Disney’s Direct-to-Consumer and International (DTCI) segment and ESPN, has grown quickly to reach 7.6 million subscribers (as of February 3, 2020) and the new relationship will provide a significant growth opportunity for PGA TOUR content via ESPN+’s digital reach, innovative platform and young and diverse audience.

All of this will be available to ESPN+ subscribers as part of the base subscription, alongside more than 12,000 other live sporting events, an unmatched lineup of studio programs, original series and documentaries, along with a library of other, on-demand programming.

ESPN+ is available through the ESPN App, (on mobile and connected devices), ESPN.com or ESPNplus.com.  It is also available as part of a bundle offer that gives subscribers access to Disney+, Hulu (ad-supported), and ESPN+ at a discounted price.

As part of its Strategic Alliance with the LPGA, the PGA TOUR also successfully negotiated rights agreements that will see the LPGA Tour continue as anchor programming on GOLF Channel, along with expanded exposure for LPGA Tour events on NBC and CBS each year, beyond the U.S. Women’s Open, KPMG Women’s PGA Championship and AIG Women’s British Open, which are already on network.

Specifically, the TOUR secured the long-term extension of the LPGA/GOLF Channel partnership (2022-2030) with ancillary programming, including a season preview, season review and Road to the CME Group Tour Championship.  In addition, GOLF Channel will provide dedicated programming for the Symetra Tour each year, as well as enhanced marketing and promotional assets and expanded benefits for LPGA sponsors.

As part of the agreement, the LPGA maintains control of all of its media rights outside the United States and receives expanded digital content rights.

“This agreement is an important milestone in the strategic partnership between the LPGA and the PGA TOUR and a great example of the collaboration happening among golf’s biggest stakeholders,” said LPGA Tour Commissioner Mike Whan. “Thanks to the enhanced agreement with GOLF Channel and increased network coverage on NBC and CBS, more viewers in the U.S. and around the globe will experience the quality and diversity of the LPGA Tour. This gives us a domestic broadcast partner to help deliver another decade of unprecedented growth and provides a foundation that will springboard the women’s game into the future.”

“The LPGA is a very important industry partner, and we are proud that our strategic alliance has enabled these results,” said Monahan.  “I’m so impressed with Mike Whan’s leadership and the world-class talent of the LPGA’s athletes, and it’s exciting to know that when fans want to watch professional golf at the highest level, they are going to see both Tours on the same platforms – with the same partners – for the foreseeable future.”