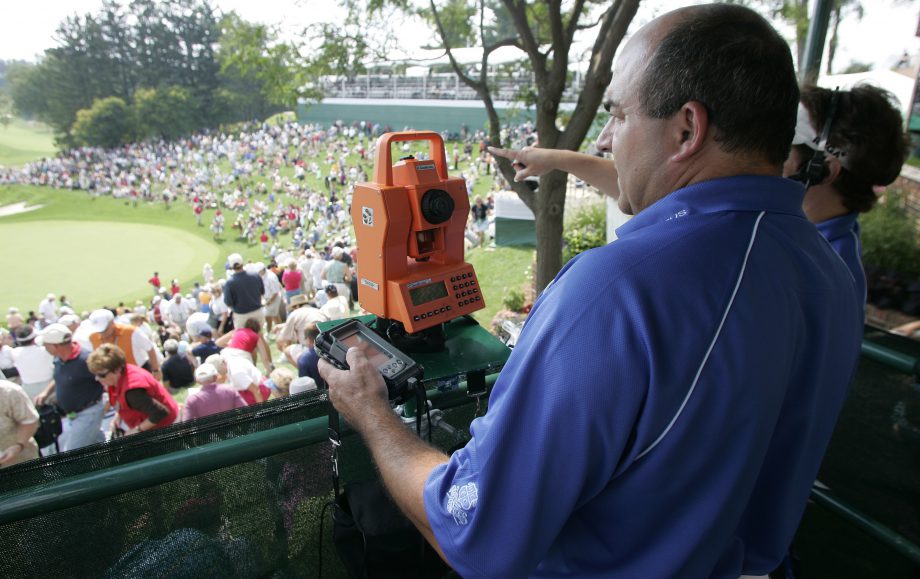 JACKSONVILLE, Fla. – The laser machines that have been tracing shots at PGA Tour events for more than a decade were getting old and needed to be replaced. That led tour officials to ask if there was a better method to collect data.

The answer was found in sophisticated video cameras.

It started with small cameras attached to poles on the sides of three greens at PGA Tour events during a testing phase toward the end of last season. As 2016 ends this week, cameras are being used on six greens at Sea Island for the RSM Classic.

“It would be easy to buy new lasers,” said Steve Evans, the tour’s senior vice-president of information systems. “But would there be another way to collect data? And could we be collecting more than we’re collecting? What about using video cameras to translate what comes through video into data?”

ShotLink involves mapping golf courses and using lasers to show where each shot lands. That information generally allows for distance (how far off the tee, how close to the hole) and direction (fairway, rough, bunkers, greens).

The cameras bring motion into play, particularly with putting. It will allow for statistics on the percentage of putts that break left-to-right or right-to-left, whether the putt is downhill or uphill.

“From a data perspective, we can learn if uphill is harder or downhill is easier,” Evans said.

Evans said the cameras also can correct flaws with projected putting paths because it eliminates the assumption on how hard the ball must be struck.

“With this system, let’s say it’s a 30-foot putt. We’ll know a foot off the putter how fast the ball is moving,” Evans said. “It’s gives us a much more accurate projection on where it will end.”

With the cameras installed only at the green, there are some limitations. The cameras can pick up the golf ball only as it approaches the green. Evans said if it proves worthwhile, cameras could be installed from the tees and along the fairways.

By tracking a ball in motion instead of where it comes to a rest, statistics would be available showing how much a ball rolls once it’s on the green. That would relate to the trajectory of the ball in its approach.

Evans said digital and broadcast media are likely to get the most of the information, along with publications that go heavy on analytics. It figures to be useful for players, too, allowing them to spot tendencies in their games.

“All that feedback and analysis on the golf course is nice to have,” Rickie Fowler said. “We look at statistics and stuff a lot more. Joe (Skovron), my caddie, does it for feedback on areas that we may have been working on to see the improvement and then what areas need improvement. Some guys use it more than others.”

The tour hopes to have it in place in the first part of 2017, at which point Evans said it will work with broadcast partners and how to make the best use of the data.