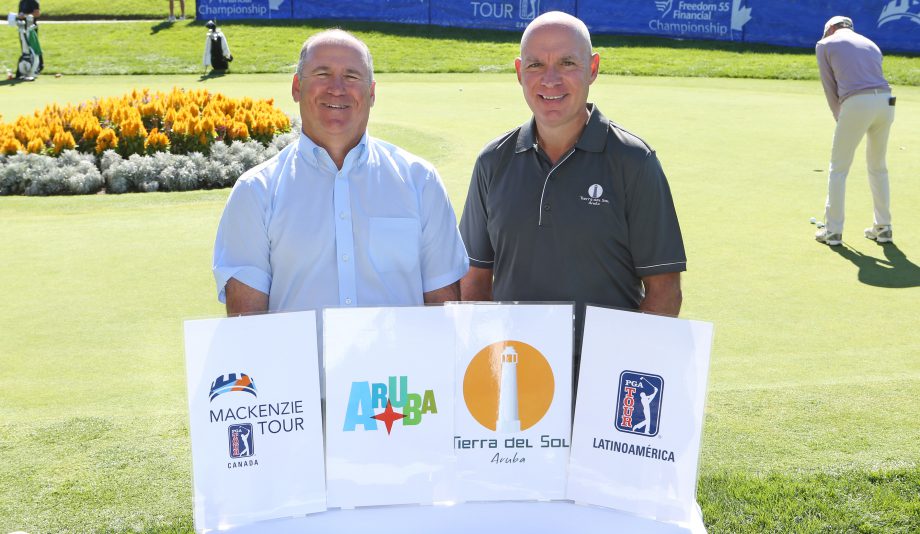 A three-year agreement will see the team event take place through at least 2018, featuring 10 players from each Tour competing against each other in a President’s Cup-style match play event, with the three competition days featuring Fourball, Foursomes and Singles matches on December 15, 16 and 17 this year.

Aruba Tourism, the Destination Marketing and Management Organization (DMMO) for Aruba responsible for uniting tourism interests amongst the on- and off-island stakeholders/partners, will be the event’s title sponsor.

“We’re thrilled to host the Aruba Cup on our One Happy Island, welcoming guests and competitors from around the world to showcase their skills while enjoying the ultimate Caribbean experience,” said Ronella Tjin Asjoe-Croes, CEO of Aruba Tourism Authority. “We are truly excited about the opportunity to partner with the PGA TOUR and hosting a world class event on our beautiful island. We are sure all of the competitors and fans will enjoy their time while in Aruba.”

“Our gratitude goes out to the Aruba Tourism Authority for their efforts and support to make this event a reality, and we eagerly await the opportunity to showcase Aruba as a premiere golf destination with the inaugural Aruba Cup,” said Monday.

The tournament will also feature a week-long schedule of ancillary events, including formal opening and closing ceremonies and a pro-am on Sunday, December 18 following the competition.