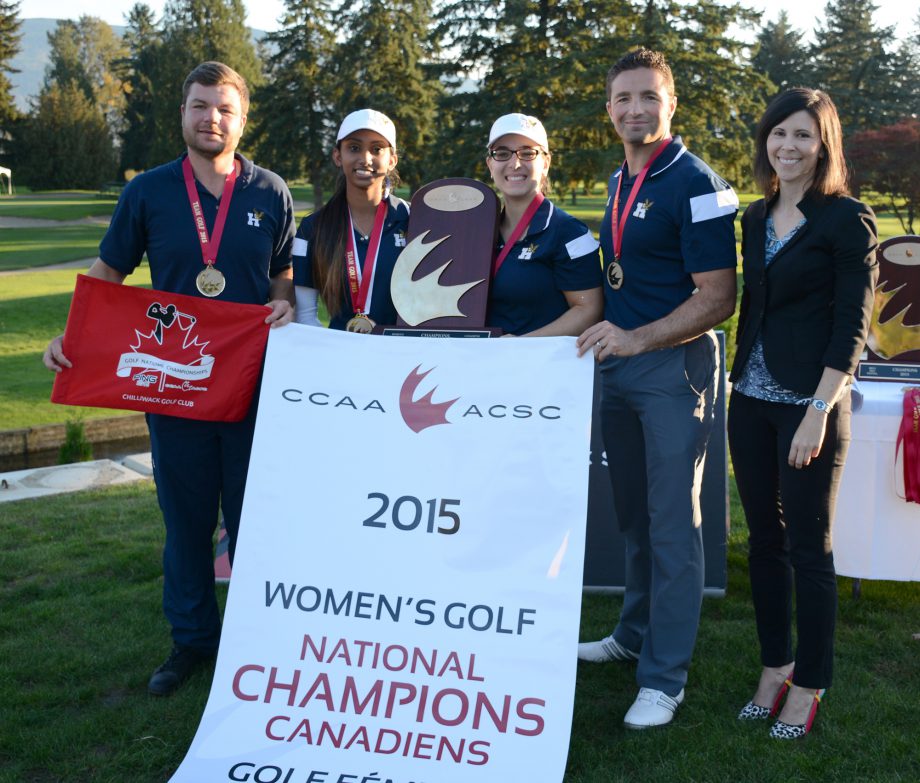 The Camosun Chargers men’s team and the Humber Hawks women’s squad have been crowned champions of Canadian collegiate golf.

The Chargers and the Hawks emerged victorious following Friday’s third and final round at the PING CCAA Golf National Championships, hosted by the University of the Fraser Valley Cascades at Chilliwack Golf Club.

The Chargers overhauled the Niagara Knights in the final round to earn the men’s team championship for the first time since 2000, when they won the inaugural CCAA tourney. The Knights took a three-stroke lead into the day, but top-ranked Camosun made a charge on the back nine to win by eight.

The best team score of the day was posted by the host UFV Cascades, who combined for a two-under 286 to rally for the bronze medal. They began the day in seventh place, but ended up edging the Georgian Grizzlies by a stroke, 873 to 874.

In the men’s individual event, Étienne Papineau of the Champlain St. Lawrence Lions clawed his way to the top of a crowded leaderboard on the back nine. The Team Canada development squad member came into the day two strokes back of second-round leader Stephen Brown of the Lambton Lions, and he trailed Matt Lemay of the Georgian Grizzlies by two strokes with three holes to play.

The women’s individual race was less dramatic – Carolyn Lee of UBC Okanagan took a five-stroke lead into the final round, and she pulled away from the field on Friday to win by eight. The All-Canadian finished at +13 for the tournament. Katie Griffiths (+21) of the Red Deer Queens earned silver, while Humber’s Nagindas (+22) took bronze.

This week marked the first time UFV had hosted the PING CCAA Golf National Championships. Next year’s tournament will be held at Holland College in Charlottetown, PEI.