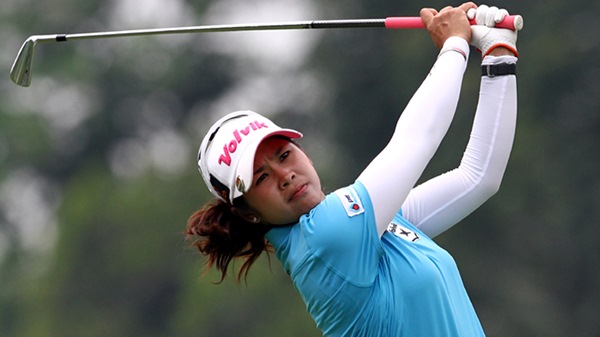 KUALA LUMPUR, Malaysia – Thailand’s Pornanong Phatlum made six birdies on the front nine on her way to a 6-under 65 Saturday that gave her a three-shot lead after the third round of the LPGA Malaysia tournament.

Pornanong moved to 14-under 199 at Kuala Lumpur Golf and Country Club, ahead of Japan’s Ayako Uehara, who had three consecutive birdies from the 12th hole in a round of 69.

Four players were tied for third a stroke further back, including second-round leader So Yeon Ryu, who had double bogeys at both the 17th and 18th to give up her lead.

Her South Korean compatriot Chella Choi was also at 10 under after a 68, along with China’s Shanshan Feng (69) and New Zealand’s Lydia Ko (70).