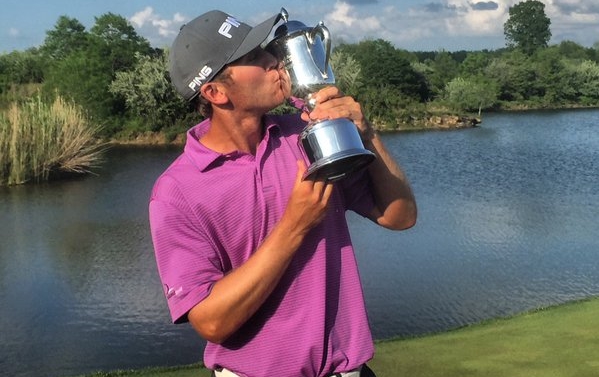 Third-round leader Adam Schenk, Cody Gribble and Jonathan Randolph finished a stroke back. Schenk, from nearby Vincennes, made a double bogey on par-5 15th in a 70. Gribble bogeyed the final two holes for a 69. Randolph bogeyed the 17th in a 67.

Calgary’s Roger Sloan was fifth at 10 under. The Canadian made double bogeys on the final two holes for a 69.