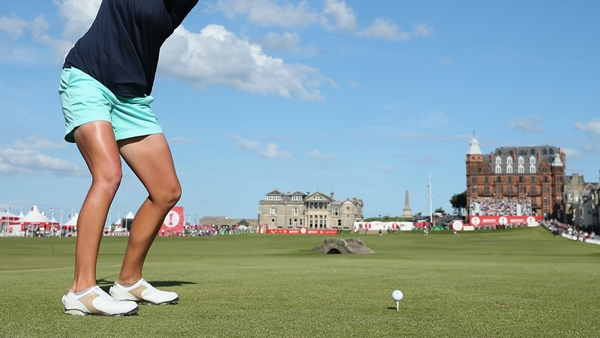 The “Home of Golf” is about to find out if its doors are open to women.

On the same day Scotland votes on whether to become independent, a historic sporting decision will be made inside arguably the most famous building in golf.

The Royal & Ancient Golf Club in St. Andrews, an all-male bastion since its founding 260 years ago, votes Thursday whether to admit women members. For the first time, the R&A is allowing its 2,500 worldwide members to vote by proxy.

“I think it’s the right thing,” R&A club secretary Peter Dawson said during its spring meeting in May, “and I hope that R&A members do what’s right for golf.”

While a “No” decision is the marginal favorite in the independence referendum, the R&A vote should be more clear-cut at its annual Business Meeting at St. Andrews.

“We wouldn’t be entering this if we didn’t feel there was strong member support for it,” Dawson has said.

The club said a favorable vote would take effect immediately.

“We would hope to have a meaningful number of women become members in a reasonable time scale,” the club said in a statement. “The first women members are likely to have made a significant contribution to the development of our sport.”

It has been just over two years since Augusta National – the club that hosts The Masters – announced it had invited women to join for the first time. That ramped up the pressure on the R&A club, which, unlike Augusta, had a policy barring women from being members. Three all-male clubs are on the British Open rotation – Royal St. George’s, Royal Troon and Muirfield.

Dawson has said the R&A vote will have no bearing on whether the Open is played on those courses. Royal Troon is the 2016 host.

The push for change has come from outside golf, from a society that perceives the R&A to be out of touch and having outdated views on equality. The issue of allowing female members has been on the R&A’s agenda for some time, Dawson says, but every year that goes by without the club having women members is damaging to its image.

The Royal & Ancient has been in charge of the Rules of Golf and the British Open for years. Ten years ago, the club devolved administrative duties to a corporate structure that is called “The R&A,” of which Dawson is the chief executive. That group is in charge of the Rules of Golf and organizes The Open and other R&A championships. It has female employees but its committee and board roles are populated by members of the Royal & Ancient Golf Club, meaning there are currently no women in leadership roles.