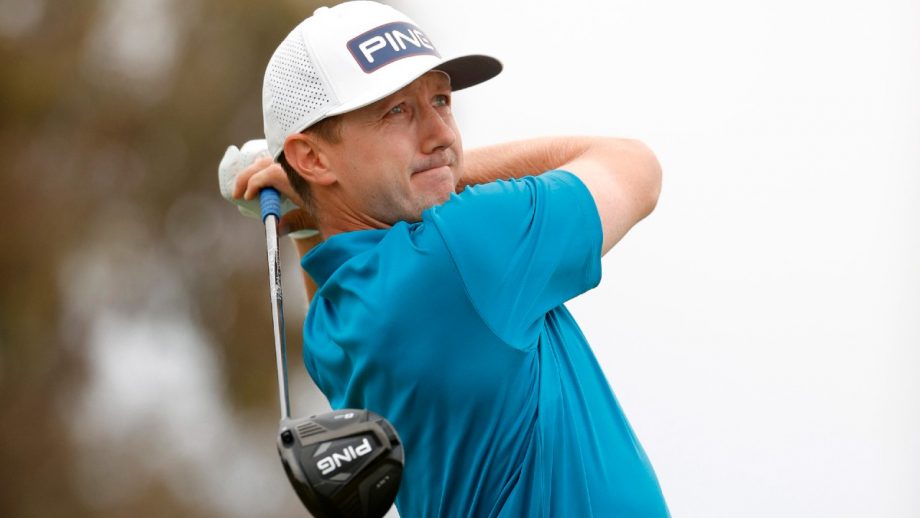 He cradled his 3-month-old son, Kepa, as he walked off the 18th green at Torrey Pines on Father’s Day. And then he collected the silver U.S. Open trophy after a performance filled with passion and absent of blunders that wiped out everyone else.

Rahm made a bending 25-foot birdie putt on the 17th hole to catch Louis Oosthuizen. He buried another curling, left-to-right birdie putt from 18 feet on the final hole for a 4-under 67 and a one-shot victory.

The 26-year-old Rahm became the first Spaniard to win the U.S. Open, finally getting the major prize to go along with his enormous talent. His victory also returned him to No. 1 in the world.

On a back nine filled with double bogeys by so many contenders and a shocking meltdown by defending champion Bryson DeChambeau, Oosthuizen was the last to fall.

Trailing by one shot, Oosthuizen drove into the canyon left of the 17th fairway for a bogey that left him two shots behind, and then he missed the fairway on the par-5 18th that kept him from going for the green for a look at eagle to force a playoff.

He settled for a birdie and a 71. It was his second straight runner-up in a major, and his sixth silver medal since he won the British Open in 2010 at St. Andrews.

Only two weeks ago, Rahm was on the cusp of another big win. He had a six-shot lead at the Memorial after 54 holes, only to be notified as he walked off the 18th green at Muirfield Village that he had a positive COVID-19 test and had to withdraw.

Worse yet, his parents had flown in from Spain to see their new grandson, and Rahm was in self-isolation and couldn’t be there for a special moment.

Sunday made up for it. His parents were at Torrey Pines to witness a world-class performance capped off by one of the great finishes in U.S. Open history.

“It had to happen in a beautiful setting like this,” Rahm said. “Three generations of Rahms on this green. One of them doesn’t know what’s going on.”

For so much of the back nine, it was utter chaos with blunders that can define a U.S. Open.

DeChambeau, trying to become only the fourth player since World War II to win back-to-back in the U.S. Open, took the lead with an 8-iron that stopped inches away from a hole-in-one on the par-3 eighth. He had gone 30 consecutive holes without a bogey.

“I didn’t get off the rails at all. It’s golf,” DeChambeau said. “I’ve had plenty of times where I hit it way worse than today and I won. It’s just one of those things where I didn’t have the right breaks happen at the right time.”

Mackenzie Hughes, one shot behind going to the back nine, had his tee shot on the par-3 11th bounce off a cart path and get stuck in a tree, leading to a double bogey that ended his chances. Hughes finished off the weekend T15 and made history as the first Canadian since Mike Weir in 2003 to be in the final group on Sunday at a major.

Former PGA champion Collin Morikawa chopped his way down the 13th for double bogey that took him from one shot behind to out of the mix.

Rory McIlroy wasn’t immune, either. With a chance to end his seven-year drought in the majors, McIlroy made a careless three-putt for bogey on the 11th when he was one shot behind, and then caught a bad lie in the bunker that led to double bogey on No. 12.

Of the contenders, Rahm was the only player who didn’t drop a shot on the back nine.

Harris English finished with two birdies for a 68 to finish at 3-under 281, giving him third place.

Brooks Koepka got within one shot of the lead it was so close that 10 players were separated by one shot during one point in the final round until he made a pair of bogeys coming in for a 69. He tied for fourth with Morikawa (70) and Guido Migliozzi, who shot 68 in his major debut.

Rahm becomes the second player this year to capture his first major, joining with Hideki Matsuyama at the Masters.

What a perfect time, a first-time dad winning on Father’s Day, two weeks after a chance to win was taken away by COVID-19.

What a perfect place La Jolla, which reminds him of his home in the Basque region of Spain, the site of his first PGA Tour victory, where he proposed to his wife.

“I didn’t know what it was going to be, but I knew we were coming to a special place. Rahm continued,“I just felt like the stars were aligning, and I knew my best golf was to come.”