Reavie holds off Bradley, Sucher for first win in 11 years 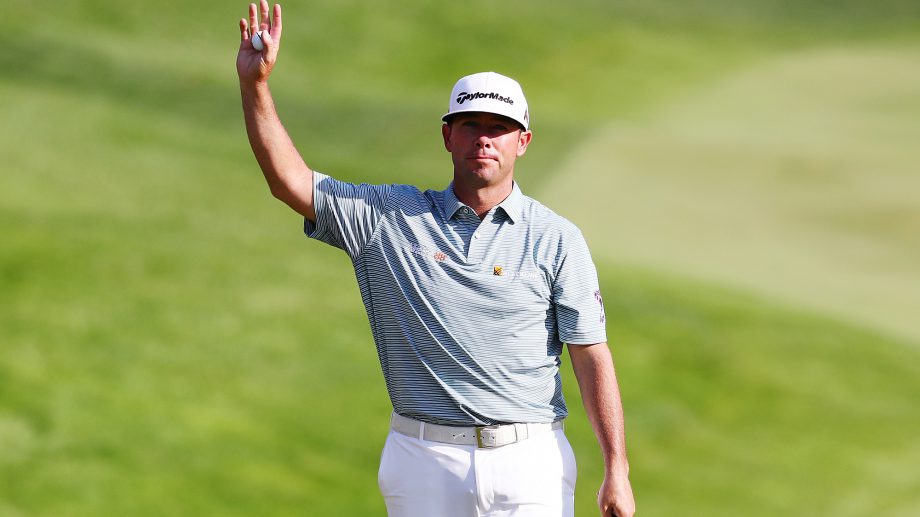 Reavie won the Travelers Championship on Sunday, closing with a 1-under 69 for a four-stroke victory over Keegan Bradley and Zack Sucher.

The 37-year-old Reavie, whose first title came as a rookie at the 2008 Canadian Open, finished at 17-under 263 at TPC River Highlands a week after tying for third in the U.S. Open at Pebble Beach.

“It means everything,” he said. “I went through some injuries, had some long years there in the middle. But it was great, because it gave good perseverance and good perspective of what life is and what golf is.”

The former Arizona State player took a six-stroke lead over Bradley and Sucher into the round after a shooting a 63 on Saturday. He had an understated celebration, pulling his ball out of the hole at 18 and saluting the crowd with it clenched in his fist.

It was the same calm he showed throughout the day, even as, Bradley, a New England native from nearby Vermont, chipped away to the cheers of the large galleries.

Bradley made back-to-back birdies on 10 and 11 to get within three shots, just missed a 13-foot birdie putt on the 12th, then made a 9-footer on 13 to get within two strokes. His 22 foot-birdie attempt at 14 stopped just at the hole.

“The crowd was just so behind me and so loud and so, it felt like a Ryder Cup to me,” Bradley said. “Man, I’ve dreamt of this ever since I’ve come here at 10 years old. It lived up to the hype – it was awesome.”

But Reavie put the tournament away on the par-4 17th, making a 14-foot birdie putt, while Bradley three-putted for a double bogey. Bradley and Sucher each shot 67, with Sucher playing the back nine in 5-under 30.

Sucher, coming of an injury that kept him away from golf for 13 months after the 2017 Travelers, had his best ever finish in a PGA Tour event.

He came into his fourth of six medical extension start needing to earn 347 FexEx Cup points to retain his Tour card. He came in with 25 points and picked up 245 with the second-place tie.

“It’s amazing, it’s life-changing to be honest,” Sucher said. “It changes the rest of our year, it changes our plans and we have a lot of work to do to figure what else we have to do now.”

Vaughn Taylor, who started nine strokes back, made a run of five birdies to finish his final-round of 65, shooting a 29 on the back nine. His 15-foot birdie putt on 18 put him at 12 under.

“I’ve never birdied the last five holes of a tournament that’s for sure,” Taylor said

Paul Casey, who blew a four-stroke lead during last year’s final round, started the day 10 strokes behind Reavie, his former college teammate. But he hit his tee shot on the par-4 15th inside 7 feet and made eagle, then finished with a birdie to go 11 under.

The Englishman said he was hoping to match the 28 Reavie put up on the back nine Saturday to put some pressure on him. But he couldn’t do it and spent the rest of the day rooting for his friend.

Reavie, who took home just under $1.3 million, has finished in the top 20 in five of his last six starts.

Defending champion Bubba Watson, who was hoping for a fourth title in Connecticut, shot a 71 to finish at 1 under, but said he wasn’t disappointed with his week.

“I know sometimes I look like I’m angry out there,” he said. “But most of the time, I’m pretty happy.”

Brooks Koepka made quick work of his final round, also shooting a 71 to finish the tournament at an even par. He and Russell Knox needed just under three hours to play their 18 holes in the first group of the day. Koepka says he has a couple of appearances in the next two days and then will get some much-needed rest.

“I’m not going to practice and take some time away from the game and just try to realize what’s going on,” he said. “”I don’t think I’m still over Bethpage, and with these majors they are so tightly bunched, it’s difficult. I didn’t really have a chance to soak that one in and then we are playing again, it’s just a continuation that keeps rolling on.“