Reed opens with 64 to take lead at HSBC Champions 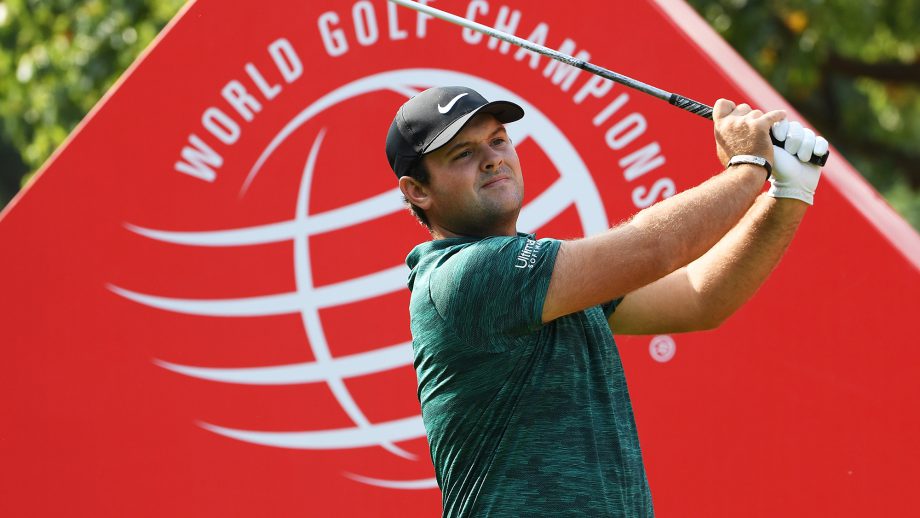 SHANGHAI – Patrick Reed had a Ryder Cup he’d like to forget and spent three weeks at home in Texas preparing to finish the year strong.

He was at his best Thursday in the HSBC Champions.

Even in blustery conditions, Reed putted for birdie on every hole at Sheshan International and closed out his bogey-free round with a 25-foot birdie putt for an 8-under 64, giving him a two-shot lead over Tony Finau and Xander Schauffele.

“It felt really good, because if you can go out and shoot rounds like that in these kind of conditions, you know you’re going to have confidence when the wind dies down and there are perfect conditions out there,” Reed said.

Schauffele also managed a bogey-free round in wind strong enough to be a two-club difference at times. He saved par on the final hole at No. 9 from the right rough with an approach that narrowly cleared the water into a patch of fairway short of the green, a pitch-and-run to 10 feet and another solid putt.

Matt Fitzpatrick had five straight birdies to overcome a rough start and post a 67.

Brooks Koepka, in his debut at No. 1 in the world, didn’t deliver much excitement. He had 16 pars, one bogey and one birdie for a 72. He was stunned when his second shot in the par-5 18th spun off the front of the green and into the water, forcing him to scramble for par at the turn instead of an easy birdie or better.

“I felt like I played good enough to shoot 4- or 5-under par,” Koepka said. “It was those momentum-building shots.”

Reed was last seen winning a meaningless singles match at Le Golf National after Europe was well on its way to victory. The last he was heard from was a telephone interview with The New York Times an hour after Europe won, blaming Jordan Spieth for them not playing together in the Ryder Cup and U.S. captain Jim Furyk for leaving Reed on the bench twice during the week.

Reed, the Masters champion, headed home to Houston and after a few days of rest went right back to work.

“From that point, my coach and I have been out there fine-tuning everything,” Reed said. “Just trying to set goals to finish the year off right.”

Dustin Johnson wouldn’t figure to contribute to that opportunity. Johnson lost a six-shot lead in the final round a year ago at the HSBC Champions, and he was wild as ever in opening with a 74 on Thursday.

He twice had more than 150 yards for his third shot into par 4s, and made double bogey on the 15th hole. He was happy to find his tee shot on the par-5 18th and had to make a 10-foot putt just to salvage bogey. Johnson scratched his way back to 1 over for the round until back-to-back bogeys.

Defending champion Justin Rose, who last year rallied from eight shots behind to win after Johnson closed with a 77, hit a few wild drives of his own but atoned for those with plenty of birdies in his round of 69.

The feature group was anything but that – Johnson, Rory McIlroy and Francesco Molinari combined to shoot 6-over par. Molinari, the British Open champion and Ryder Cup star as the first European to go 5-0 for the week, made three straight bogeys around the turn and had no birdies on his back nine.

McIlroy also was wild at times off the tee, though it really only cost him on the short 16th hole. He punched out the trees by inverting his wedge to play a left-handed shot, but then flubbed his flop shot into a bunker, blasted that over the green and made double bogey. He wound up with a 72.

Reed, playing an hour ahead of the final group, drove onto the front of the 16th green for a two-putt birdie. He started to stretch his lead after making the turn, holing a 12-foot birdie putt on No. 1, two-putting for birdie on the par-5 second and then hitting a wedge to 6 feet for birdie on No. 3.

He had several other good looks at birdie, and as good as his 64 was on Thursday, it was about the worst he could have shot.

“I was hitting the ball really solid,” Reed said. “I was hitting irons where I was looking and I was able to control it, not only directional-wise but also trajectories and what kind of heights I wanted to hit it. I felt like that was key because when it’s windy like that, you have to have full control over it. And I was able to do that.”