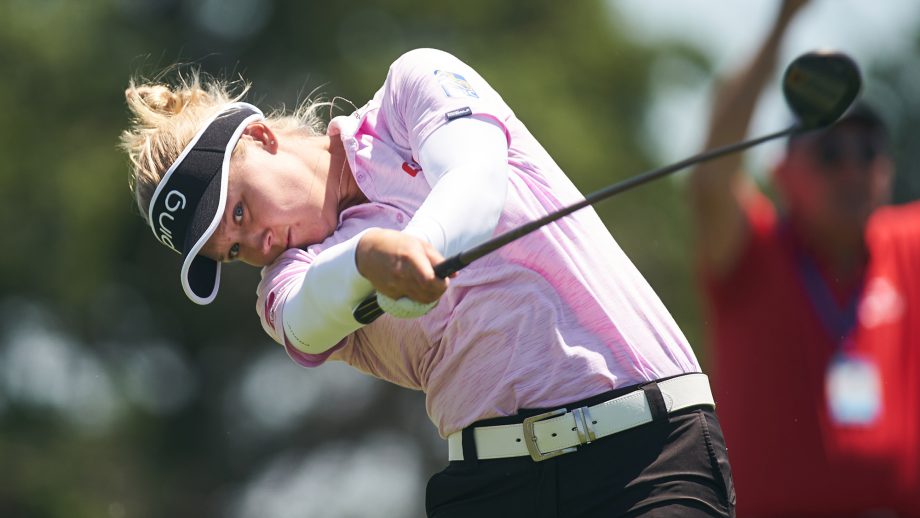 Brooke Henderson has played more on the LPGA Tour than anyone else the last two years, so it was interesting to see her skip a tournament in the middle of the season last week.

But with the U.S. Women’s Open starting Thursday at Shoal Creek Golf and Country Club in Birmingham, Ala., the young Canadian wanted to get as prepared as she could be for what is usually the toughest test on tour.

“The majors bring that little bit extra,” said the native of Smiths Falls, Ont., who took a pass on the Volvik Championship in Ann Arbor, Mich.

“It’s a completely different atmosphere and it’s the greatest feeling in the world to know you’re competing and have a chance to win a major. Having won one in 2016 was the coolest thing ever, so I’m just really excited for when I can hold another major trophy.”

The lone major triumph for Henderson, 20, was the 2016 KPMG Women’s PGA Championship, when she toppled then No. 1-ranked Lydia Ko in a playoff. She has won six times on the LPGA Tour, including once this year at the Lotte Championship in April.

Henderson returned to her home in Naples, Fla. last week in order to get used to the different kind of grass she’ll play on this week, along with the sticky early-June heat.

Shoal Creek is no stranger to hosting big events, including the 1984 and 1990 PGA Championships. But Shannon Rouillard, the U.S. Women’s Open championship director, says the setup for this week’s championship will be unique.

She says the United States Golf Association has intentionally narrowed some fairways and also added some closely mowed areas around the greens to force players to think about the shot they’re going to play versus just chopping out of thick rough.

Rouillard, who also runs the U.S. women’s amateur championship, remembers watching Henderson as a 14-year-old, and says she is a tremendous player. However, she’ll still need to bring her A-game this week.

“She hits the ball a long way, she’s a good putter ? but she’s still going to have to make the shots, think her way around the course, and manage her game accordingly,” Rouillard said.

Henderson has been solid from tee to green this year, sitting in the top 10 in a handful of key statistical categories. However, she is 73rd in putting average, and has used four different putters this year.

Henderson says she has returned to an older putter that she used for her first LPGA Tour win in 2015, and had that putter in her bag two weeks ago en route to a tie for fourth at the Kingsmill Championship, her fifth top-10 finish of the year.

Her biggest strength is with the driver, and according to Tom Lehman, the former No. 1-ranked golfer in the world who won back-to-back Regions Traditions titles on PGA Tour Champions in 2011-12 at Shoal Creek, that will be a key for success this week.

Henderson never has played Shoal Creek and admits there is a lot of pressure to “learn one of the toughest courses in America.”

But she’s excited for the opportunity to play for one of golf’s biggest titles.

“I do feel that the major championships do fit my game a little bit, because the courses are longer, I tend to play better on tougher courses generally which is always a good thing,” Henderson said. “As long as I’m feeling healthy and not tired, I feel like mentally I can out-grind a lot of the players out there, which is always a really great thing.”