Richard Smith honoured with Saskatchewan’s Volunteer of the Year award 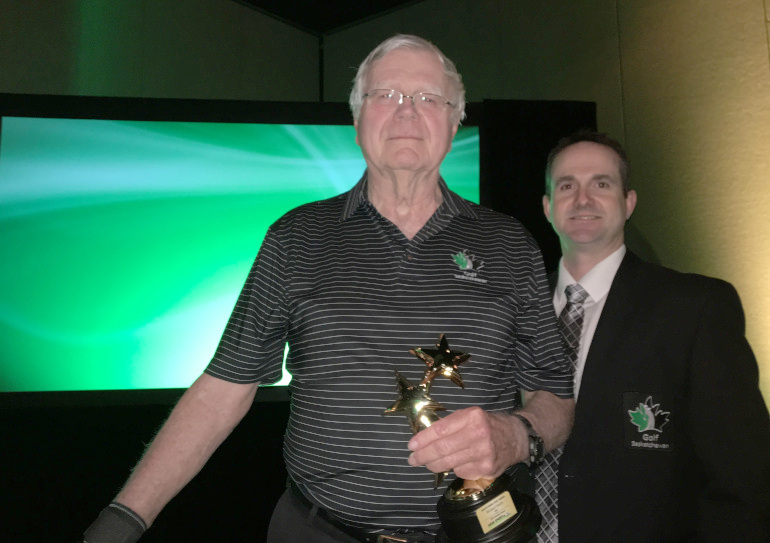 Golf Saskatchewan volunteer Richard Smith has been honoured by Sask Sport INC for his exemplary service to the game in the province.

Thursday in Saskatoon, the Katepwa Beach Golf Club member was recognized as one of two Volunteer of the Year award winners by the provincial amateur sports governing body. Smith took the time to thank all his colleagues upon receiving the honour at a gala at a packed TCU Place.

He served as the president of Golf Saskatchewan from 2014-15 and was the recipient of the organization’s Long Term and Exemplary Volunteer Service Award. Smith has been with Golf Saskatchewan for 16 years serving in member services roles, course rating, handicapping and executive committees. He has also been a member of the Golf Canada course rating and handicap committee for eight years and the chair of that group for the last four. He said his experiences have been gratifying over the years.

“Some days haven’t been very rewarding while course rating in the wind and rain,” he laughed. “For the most part it’s been pretty good.”

Golf Saskatchewan executive director Brian Lee nominated Smith for the award and was pleased Sask Sport chose him as a recipient.

“He’s shown dedication across many levels of the sport. He is a fine educator and a great volunteer. Richard is a volunteer we wish we could clone and make a few copies. In our opinion he was a worthy candidate and we’re glad Sask Sport honoured him, we’re very proud of him,” Lee said.