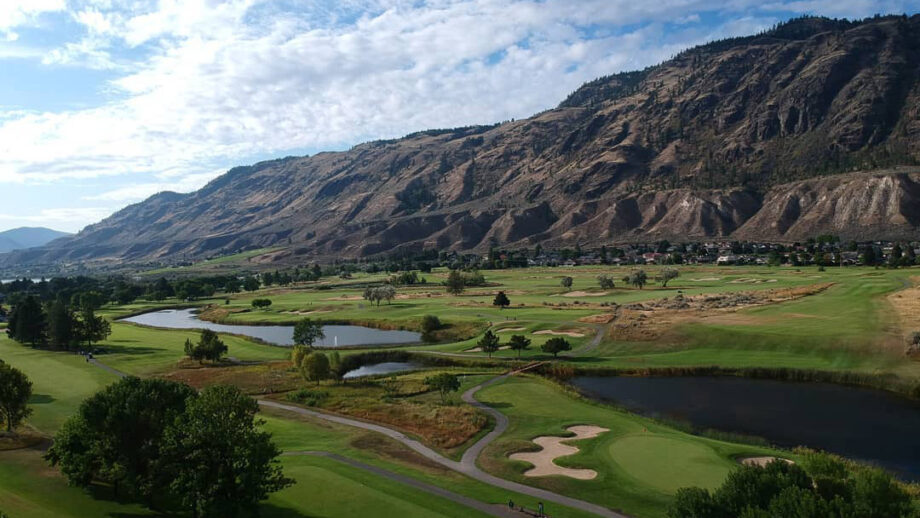 This national championship, which was first held in 1938 in London, Ont., offers an opportunity for the top junior male golfers from coast-to-coast to compete against the best in their class in a 72-hole stroke play competition. This year, 156 players will clash on the west coast of Canada aiming to add the Silver Cup to their trophy cases.

“Golf Canada is excited to return to British Columbia for the Canadian Junior Boys Championship,” said tournament director Daniel Suppa. “I’m looking forward to seeing how the juniors play at the highest level this week. The calibre of this year’s field is amongst the best we’ve seen in recent history, and I know I will be thoroughly impressed. We’re confident that Rivershore will prove as a testy challenge as these elite juniors look to showcase their talents.”

Designed by Robert Jones Sr., Rivershore Estate & Golf Links is setup uniquely as a links-styled course that is buried in a desert-like setting and protected by the sagebrush hills above. Nestled along the shores of the South Thompson River, this championship course features 95 bunkers that are moderately surrounded by water hazards and other areas that will cause havoc for players of all calibres. The par-72 will play at a maximum of 6,852 yards for the 2022 Canadian Junior Boys Championship.

Headlining this year’s pool of competitors is none other than the defending champion, Jean-Phillippe Parr. In 2021, the 18-year-old made pars on the final eight holes at Club de Golf Vallée du Richlieu in his home province of Québec, to claim the Canadian Junior Boys Championship. The St Célestin, Qué., native carded rounds of 65-73-66-74 for a total score of 10-under par en route to the one-stroke victory.

Parr, a member of Team Canada’s National Junior Squad, returns this year looking to become the ninth back-to-back winner in the tournament’s history, and first since fellow Quebec-native Christopher Vandette accomplished the feat in 2018 and 2019.

Looking to spoil Parr’s attempt at a title defence are 11 of the remaining 12 players on the National Junior Squad, including Cooper Humphreys (Vernon, B.C.), who finished as the runner-up to Parr in last year’s competition. Eric Zhao (North York, Ont.), Ethan Wilson (St Albert, Alta.) and Félix Bouchard (Otterburn Park, Qué.), who won gold for Team Canada alongside Humphreys at the 2022 Toyota Junior Golf World Cup, are also in the field.

Returning this year is the interprovincial team competition. The interprovincial championship, first held in 1959, will be played in conjunction with the first 36 holes of the competition, with three-player teams vying for the team title. In rounds one and two the best two scores of the three golfers from each provincial team count towards the team’s score. The lowest aggregate score over rounds one and two determines the champion.

Team Québec are the reigning champions. Christopher Vandette and Laurent Desmarchais – who are coming off an interprovincial championship win at the 2022 Canadian Men’s Amateur Championship – accompanied Logan Boucher at Covered Bridge Golf & Country Club in New Brunswick and bested the Albertans by eight strokes in 2019.

The Juvenile division – a subdivision for boys 16 and under – remains in place this year and will run concurrently with the Junior division through the 72-hole competition. Humphreys was awarded the Jack Bailey Trophy in 2021, winning by a commanding 13 strokes over runner-up Zhao. Since its inception in 1970, only ten players have won both the Junior and Juvenile division titles.

New to this year’s tournament is a purse payout. To align with the modernized Rules of Amateur Status, players at the Canadian Junior Boys Championship will now compete for a purse of $8,000 CAD. Amateur golfers may accept prize money up to a maximum of $1,200 CAD, and payouts will be awarded to the top-10 finishers and ties.

Practice rounds are scheduled for August 6th, followed by the official tee off to the championship on August 7th. A champion will be crowned at the conclusion of the final round on August 10th. The field will be reduced to the low 70 players (including ties) at the halfway point of the competition.