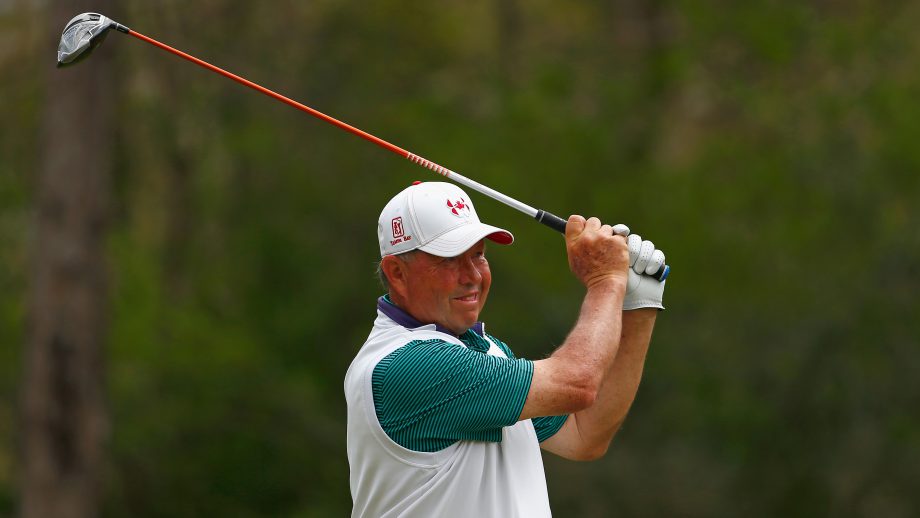 Calgary, Ont. – Canadian Rod Spittle is off to a solid start in his final PGA Tour Champions event.

Spittle shot 4-under 66 in the opening round of the 54-hole Shaw Charity Classic event on Friday, putting him in a tie for third place two shots behind co-leaders Miguel Angel Jimenez and Kirk Triplett.

After bogeying the 17th hole at Canyon Meadows Golf and Country Club, Spittle rolled in a 20-foot birdie putt on the par-5 18th and received a rousing ovation from the fans.

“We had a good spot, it was pretty level,” said the 63-year-old from Niagara Falls, Ont. “You just try to hit the best putt you can, of course, and yeah, it kind of found the bottom. So a really nice way to finish. It sets us up for a great weekend, there’s no doubt about it.”

Prior to the season, Spittle decided to retire after playing an 11-tournament schedule.

“I never really thought it was that big a deal,” he said. “It was just time for us to begin to kind of ride into the sunset and we picked our 11 tournaments and that’s all cool. Obviously we set it up to do it here at home, so that’s all great.”

Jimenez had an up-and-down round with an eagle, seven birdies and three bogeys. He had a chance for eagle on the final hole, but wound up making par.

Triplett had four birdies on his first four holes and three more on the back nine before bogeying the 17th to fall into a tie for the lead with Jimenez.

“The game seemed to be pretty easy for about 14 holes,” Triplett said. “I really struggled the last four holes.”

Esteban Toledo and Joe Durant also finished in a tie for third with Spittle at 4 under. McCarron is in a group of seven golfers at 3 under with Mike Goodes, Scott Parel, Jerry Kelly, Joey Sindelar, Brian Mogg and Gibby Gilbert III.

Calgary’s Steve Blake, who received a sponsor exemption to compete in his hometown event, carded an even-par round of 70 to finish in a tie for 37th place, while Vancouver’s Stephen Ames bogeyed the 18th hole to card a round of 1-over 71.