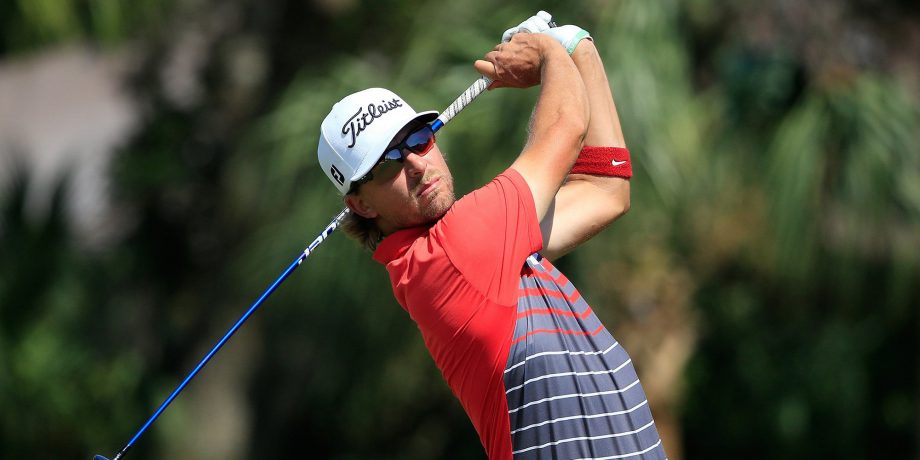 Raleigh, NC – It was a gloomy Thursday in Raleigh, North Carolina, for the 25th playing of the Rex Hospital Open contested at TPC Wakefield Plantation, but Colombian Sebastian Muñoz and Canadian Roger Sloan shone through the clouds, each posting rounds of 7-under 64 to stake a claim of the first-round lead. The lead marks Muñoz’s fourth first-round lead/co-lead of the 2018 Web.com Tour Season, and the first of Sloan’s career. Austria native Sepp Straka and Chris Baker sit one back of the duo.

Looking to make a return to the PGA TOUR is Roger Sloan, who posted a bogey-free round to claim his first round lead/co-lead since the 2014 Knoxville Open, when he shared the lead heading into the third round.

“We hit a lot of good shots off the tee today,” Sloan said of his round, “hit a lot of good iron shots and made a couple of good putts. It was pretty simple, nothing great, but we did everything really well.”

The 2018 Tour Season has proven to be an up-and-down one for Sloan. After opening with two-straight missed cuts, the 31-year-old picked up a T4 at the Panama Championship, followed by a T16 at the Country Club de Bogotá Championship. The past few weeks have been more difficult for him, however, having missed three-straight cuts before a T30 at last week’s Nashville Golf Open Benefitting the Snedeker Foundation.

“Everything’s kind of been a process,” he remarked. “I played well early in the season and have kind of been in a little of a lull lately. I’m not too far off. I’ve been working on putting, I think putting is something everyone works on. We’re just working on that and – it’s a long season so you just keep the process going. You’re going to play well out here and when you do, you just have to take advantage of it.”

Ryan Yip from Calgary, AB recorded 4-under 67 finishing the round T15. He also had a bogey free round firing birdies on four holes.

The round wasn’t all smooth sailing for Muñoz, who opened play with a bogey on the par-4 first. The 25-year-old refused to be shaken, however, quickly picking up steam with a birdie on No. 3. The change in momentum was crucial for the University of North Texas alum, who has missed the cut in both of his prior appearances in Raleigh.

“It was huge,” he said of the early birdie. “It’s knowing that I’m playing good and just kind of getting on track and seeing the putts go in. You feed off of it and it showed in the round later.”

Muñoz went on to pick up seven more birdies on the day, posting a clean scorecard after the opening blemish. His opening-round 64 marked the sixth sub-70 opening round for him in 13 events this season and was his sixth round of 65 or better.

“I feel like the changes I made in the offseason on my swing and my putting are definitely kicking in,” Muñoz remarked when asked about his performance this season. “I know I’m hitting it really good now. I just have to keep trusting it and keep doing it.”

The payoff is a welcomed breath of fresh air for Muñoz, who struggled in his maiden PGA TOUR Season last year. After winning in his hometown of Bogotá, Colombia, on the Web.com Tour in 2016, he made just eight of 19 cuts on the PGA TOUR in 2016-17, picking up a lone top-25 finish at The Greenbrier Classic (T3). With three top-10 finishes, including a runner-up at the North Mississippi Classic, already under his belt this year, Muñoz has moved into a good spot to be poised for a return to TOUR. He currently sits at No. 13 on the money list, with $130,363 in earnings halfway through the Regular Season.