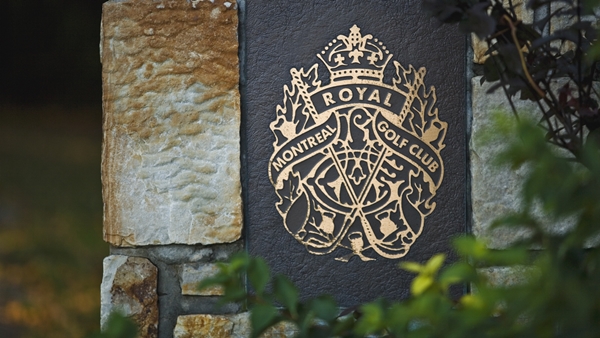 All is set for The Royal Montreal Golf Club to again stage one of the most successful editions of the RBC Canadian Open.

Tournament chair Tom Quinn says everything is ready for the return of the world’s third oldest national open golf championship to the Montreal area for the first time since 2001 and the 10th time overall on the Canadian Open’s 110th anniversary.

“At this stage we’ve got over 1,200 volunteers, so we will be able to deal with all the issues we have in the different committees,” Quinn said this week of preparations for the 105th edition of the tournament.

“It would be nice if we had another hundred volunteers or so, but we’re okay to do what we have to do.

Everything is basically organized from player transportation all the way through to the hospitality end of it, so that’s very positive.

“In addition all the corporate properties are gone, with the exception of one or two clubhouse tables that are left,” said Quinn. “But they’ll move this week so that’s a positive, too.”

Royal Montreal was the first permanent golf club in the Western Hemisphere, founded in 1873, and staged the first Canadian Open in 1904 won by John H. Oke of England who earned $60.

This year marks the third time in two decades the championship is at Royal Montreal after previously being played in 1997 and 2001.

The 2001 edition won by PGA Tour veteran Scott Verplank of the United States is remembered as the most successful in the history of the tournament. Upward of 110,000 spectators attended the entire week, including more than 25,000 for final round and the championship recorded an unprecedented response from the corporate community.

While it remains to be seen if that level of interest and response can be surpassed or at least duplicated this time around, Quinn is confident the table is set for Royal Montreal to once again shine.

Quinn said the response from the club’s membership has been steadfast from the time it first considered the prospect of holding another Canadian Open, and seven years after having played host to a hugely successful event in the Presidents Cup (the biennial match play between the International and U.S. teams). He’s extremely grateful for that because support is a key to success.

“That (support) was one of the really fortunate things because when I walked in to do this (position) there was already a base of people who had gone through it two or three times,” said Quinn, who succeeded Mike Richards as tournament chair. “So getting the core committees together and that, everyone stepped up right away. It was really good.”

As for the next step is the days left before many of the best golfers in the world descend on Royal Montreal, Quinn said the task is crystal clear.

“The focus now is trying to ensure we get enough spectators come out and get the opportunity to see these great players. The course can support up to 25,000 people per day, so I think if we end up throughout the course of the week with as much as we’ve done in past opens, it will be fine. It will be a good event.

“And I’m doing all I can to try to make sure we don’t get any rain,” he added.