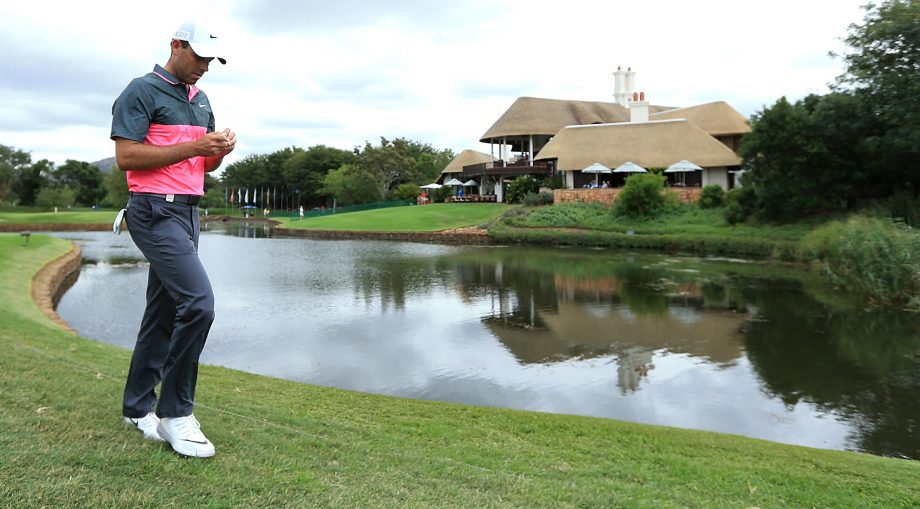 MALELANE, South Africa – Charl Schwartzel will take a three-shot lead into the final round of the European Tour’s season-opening Alfred Dunhill Championship after a 2-under 70 moved him to 13 under par on Saturday.

Schwartzel has returned to form at one of his favorite tournaments, which he’s won three times before along with four second-place finishes.

The South African is ahead of French pair Benjamin Hebert and Sebastien Gros at Leopard Creek Country Club.

Schwartzel, the 2011 U.S. Masters champion, had opened a five-shot lead after two rounds. He was pegged back by a bogey on his opening hole on Saturday but that was the only dropped shot of his round.

Having just avoided the cut, defending champion Branden Grace carded a 6-under 66 to surge up to a tie for ninth. Grace put himself in contention for a strong finish to his title defense after making birdies on four of his last six holes.

Rookie Gros was playing just his seventh round on the European Tour but his scintillating round of 63 with nine birdies has given him a chance of a maiden tour title already.

He’ll have to play well to beat Schwartzel on Sunday, who rates the Leopard Creek course in the wilderness of northern South Africa as one of his favorites.

Should Schwartzel hold onto his lead, he will become the first South African to win a European Tour event four times.

South African Dylan Frittelli was fourth on 8 under, while David Drysdale, Joost Luiten, Gregory Bourdy and Lasse Jensen share fifth, another shot back.