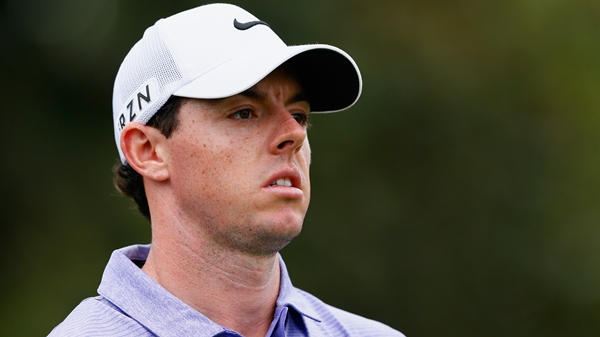 ATLANTA – Billy Horschel capped off the best three weeks of his career with the biggest payoff in golf.

Horschel pulled away from a self-destructing Rory McIlroy early, and then holed two clutch putts that felt like $10 million to hold off Jim Furyk on the back nine at East Lake. He closed with a 2-under 68 for a three-shot victory in the Tour Championship to capture the FedEx Cup.

Horschel’s career earnings were just over $4.5 million coming into the year.

He collected $11.4 million in one day – most of that the $10 million FedEx Cup bonus – with an incomparable run through the playoffs.

The 27-year-old from Florida was runner-up in Boston, a winner in Denver and he cashed in big in Atlanta. Horschel was No. 69 when the playoffs began a month ago. No one had ever won the FedEx Cup starting lower than No. 19.

He epitomized what these playoffs offered – one month for anyone to get a hot hand. Horschel shot in the 60s his last 12 rounds.

“He was clutch when he needed to be,” McIlroy said. “He played the best golf this week and I’m happy for him.”

The only boos Horschel heard all day was doing the Gator chomp walking off the 18th green before a host of Georgia fans.

The timing was great for Horschel – not so much for the American team going over to the Ryder Cup in two weeks. U.S. captain Tom Watson made his three picks after Horschel’s runner-up finish in the Deutsche Bank Championship.

Now the hottest hand in golf – he should move up to No. 14 in the world – will be watching from home. Horschel figures to be plenty occupied. His wife is expecting their first child, a girl, in two weeks.

Furyk closed with two bogeys for a 69 and his fourth runner-up finish this year. He has not won since the Tour Championship four years ago. McIlroy never recovered from three straight bogeys around the turn, and three late birdies only helped him pick up some FedEx Cup cash. He closed with a 71 and wound up No. 3 in the FedEx Cup, which is worth an additional $2 million.

Chris Kirk, who started the Tour Championship atop the FedEx Cup standings, closed with a 68 and tied for fourth with Justin Rose (69) and Jason Day (69). Kirk wound up second in the FedEx Cup and earned a $3 million bonus.

McIlroy will have to settle for a season worth more than $10 million – two major championships and the undisputed No. 1 player in golf. Whatever hopes he had of his first FedEx Cup ended early. He hooked his tee shot into the water on the par-3 fifth and made double bogey to fall three shots behind.

Needing to start picking up ground on the 600-yard ninth hole, he blasted his drive so far right that it wound up a foot away from the out-of-bounds fence of the practice range. There was no way out. With his caddie and a rules official ducking in the holly bushes, McIlroy slashed out with a wedge over the bushes and through a gap in the trees that only he saw. Next, he had a mobile TV truck lowered to ground level to get his third into the fairway. But his wedge came up short, and he made bogey.

Two more bogeys later, including another three-putt at the 10th, he was five shots behind and out of the mix.

By then, it was a two-man race between Horschel and Furyk.

Horschel won by not losing. He raced a 50-foot putt nearly 8 feet by the hole on the 13th, and calmly sank the par putt to keep a one-shot lead. Furyk, playing in the group ahead of Horschel, got up-and-down for birdie on the par-5 15th to tie for the lead, only for Horschel to get up-and-down from a bunker to regain it.

The key moment came at the 16th, where Horschel drove into the trees, pitched out to the fairway and came up about 30 feet short on his third shot. Right when it looked as if he might blink first, Horschel drained the par putt to stay in front.

Ahead of him, Furyk came up well short of the 17th green and missed a 12-foot par putt. Horschel was already on the 18th tee when he watched Furyk three-putt the par-3 18th hole for another bogey. He put another shot in the middle of the green, taking away all the drama from the finish.

Not that it mattered to him.

Horschel is young enough – this is only fourth full year on the PGA Tour – that $10 million still matters. He conceded on Saturday that it would be hard not to think about it. Along with the bonus ($9 million in cash), Horschel gets a five-year exemption on the PGA Tour.