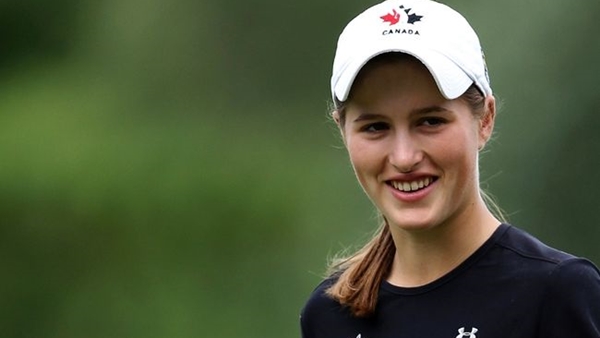 RANCHO MIRAGE, Calif. – The fourth and final round of LPGA stage I qualifying ended Friday with seven Canadians landing inside the cut to advance to the next round.

The following Canadians were among the 102 players that finished inside the cut of 298 (+10) at the Mission Hills Country Club:

Augusta James, Team Canada member and reigning Canadian Women’s Amateur champion, was pleased with her play during the first four rounds of qualifying.

“I played pretty well,” said James, who is entering her senior year at N.C. State. “I felt like I left a few shots out there which is good because it gives me some things to work on before World Am next week, my college tournaments and then Stage II.”

James, who was recently selected as one of three women to represent Canada at the World Amateur, gives the National Team program credit for helping her succeed.

“It’s been a phenomenal experience,” James said of her time with Team Canada. “I’ve been with the program for four years and the financial support and extensive coaching, IST staff and everything it’s been an incredible experience and I couldn’t be where I am today without it. They take you to so many events that you gain so much knowledge and experience from that it’s priceless.”

Medalist honours were awarded to Burbank Calif. native, Emily Tubert, who finished with a five stroke lead at 12-under par.

Stage III of LPGA Q-School will be contested over 90 holes Dec. 3-7, at the LPGA International in Daytona Beach, Fla. Top finishers in the final stage will earn 2015 LPGA membership.