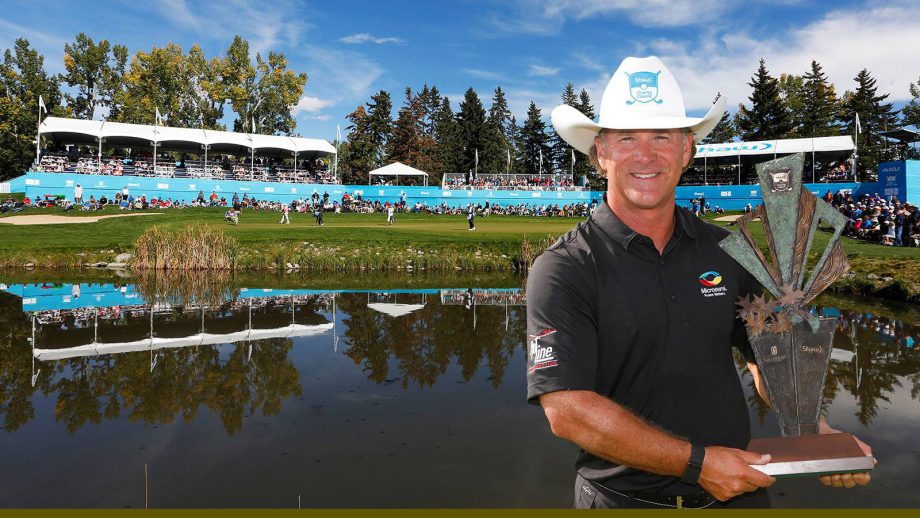 CALGARY—The Shaw Charity Classic will take aim at raising $10 million for 182 children’s charities in Alberta, thanks to renewed support from its title partner Shaw Communications Inc. and AltaLink for the award-winning tournament’s Birdies for Kids program.

Shaw has announced it will become the new title sponsor of the charitable giving program, donating

$1 million to positively impact 182 charities from across the province.  Additionally, AltaLink extended its commitment as presenting sponsor for three more years. Shaw Birdies for Kids presented by AltaLink will support more than 500,000 youth in the areas of sports, arts, health, development and counselling.

“We are touched by the work of so many people associated with the Shaw Charity Classic to create a foundation of giving and support for the charities that are working tirelessly to improve the lives of hundreds of thousands of children, youth and families across Southern Alberta,” said Brad Shaw, CEO, Shaw Communications. “We have set a high bar for the tournament this year, and we are eager to work with all of our partners to do even more for the organizations that work every day to make the lives of more children and youth better.”

Building on the title partner’s leadership, it was the tournament’s relationship with AltaLink around the creation of the unique Birdies for Kids program in 2015 that has sparked tremendous growth in the Shaw Charity Classic’s fundraising efforts.

“We are incredibly proud to be the presenting sponsor of the Birdies for Kids program since its inception in 2015 and to announce we are enthusiastically signed on for three more years,” said Scott Thon, President and CEO of AltaLink. “Increasing the number of eligible charities will only help make a greater impact for kids across Alberta and we look forward to working with Shaw Communications to grow this program even more.”

Shaw Birdies for Kids presented by AltaLink gives corporations and individual donors alike the opportunity to give to the partnered children’s charity of their choice. On top of those donations, the charities will receive a match of up to 50 per cent of each contribution through a tiered matching program.

Having raised a total of $22.1 million over the event’s first five years, Birdies for Kids has flourished from impacting 90 charities with $2 million in 2015 to having raised $6.9 million for 159 charities last year after welcoming donations from more than 2,400 Canadians in all corners of the country. Shaw Birdies for Kids presented by AltaLink hopes to raise $9.6 million by the time the 2018 champion is white-hatted on the 18th green on September 2.

“Never could we have imagined that year-after-year our tournament would shatter records for charitable giving on the PGA TOUR Champions, but this is not possible without a shared passion we have with these incredible partners for watching the greatest names in golf come to Calgary, and a commitment to helping our youth. I know we will continue to have a tremendous impact on the lives of Alberta youth through the continued support of this program.”

To mark the occasion, tournament officials paired a representative from each of the nine charities with a community personality for a five-hole team golf competition at Canyon Meadows Golf and Country Club on Wednesday. The winning team received $1,000 for its charity, representing the first official donation of 2018.

Companies and individuals can begin pledging their donations to Shaw Birdies for Kids presented by AltaLinkby visiting www.shawcharityclassic.com for full list of participating charities. All donations qualify for a charitable tax receipt, and 100 per cent of every donation goes directly to the selected participating charity.