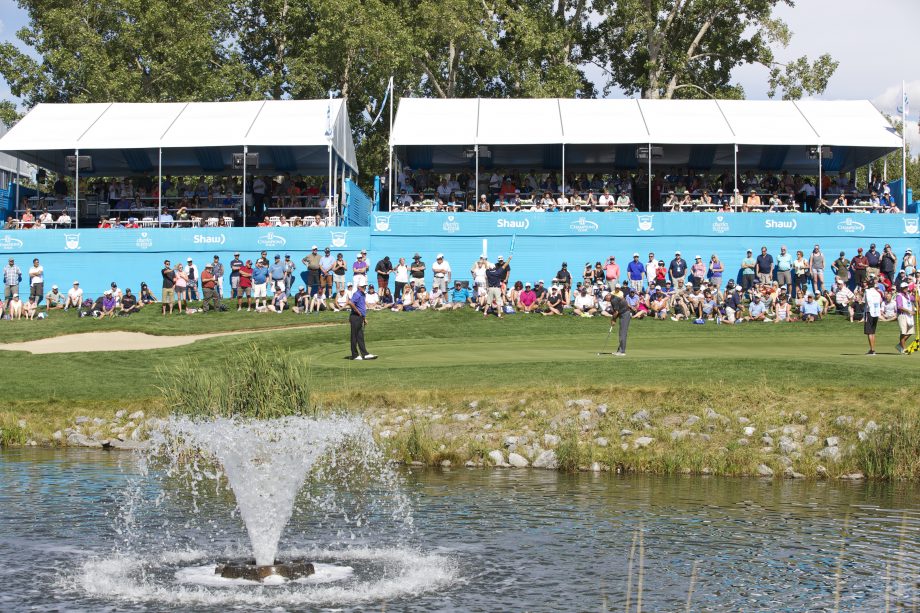 CALGARY, Alta. — Many of the greatest names in golf will continue to thrill Calgary sports fans until 2017, thanks to Shaw Communications extending their commitment as title sponsor of the Shaw Charity Classic for two more years.

The award-winning tournament, which has raised record amounts of money for youth-based charities in Alberta, will continue to be played at Canyon Meadows Golf and Country Club.

“The Shaw Charity Classic has been a tremendous success, both as a must-attend social event in Calgary, but most importantly as a platform to support fantastic charitable organizations across Southern Alberta,” said Brad Shaw, CEO of Shaw Communications. “As we head into our third year, we are proud to be extending our partnership with the Shaw Charity Classic and to continue working with our Champions Tour and Patron Group partners to support the well-being of children and youth in our community.”

The two-year extension was announced during a special visit by PGA TOUR Commissioner, Tim Finchem in Calgary on Wednesday where he delivered a keynote address on the Business of Sport during a Calgary Chamber luncheon.

“The Shaw Charity Classic has clearly established itself as one of the top events we have on this Tour, and I am thankful for Brad and the entire Shaw Communications team for ensuring it continues to give our players the opportunity to play in Canada until 2017,” said Tim Finchem, Commissioner of the PGA TOUR. “Thanks to Clay Riddell and all of the patrons along with Brad Shaw and his team at Shaw Communications. This tournament has all the ingredients of an exceptional event: tremendous volunteer support, strong corporate involvement, unprecedented international media coverage, significant promotional presence in the community, a stellar field, and most importantly of all – it raises big money for charities.”

With the leadership of Shaw Communications, the Shaw Charity Classic made an immediate impact when the tournament debuted in 2013. It received an Outstanding Achievement Award for a first year event by the Champions Tour. It became the first Champions Tour tournament outside the United States to win the prestigious “President’s Award” last year for capturing all the intangibles that make it stand out from the rest.

Most notably, the Shaw Charity Classic has celebrated record setting charitable donations in each of its first two years. The tournament originally went into the PGA TOUR history books with a charitable donation of $2,267,251 in its first year and topped that mark in 2014 by raising $2,406,610 for more than 20 youth-based charities in south-Alberta.

“Our goals have always been very clear in bringing this event to Calgary. To provide Calgarians with the opportunity to witness an elite, family-friendly professional sporting event during the summer, but also to raise significant money to support children’s charities in the city and across the province,” said Clay Riddell, tournament chairman and one of five members that make up the Patron Group who financially back the event. “None of this could be done without the commitment from everyone at Shaw Communications who are true leaders in the community. We are grateful to have them alongside us until 2017 to help build on our solid foundation.”

Rocco Mediate ran away with an impressive seven-shot victory to claim the inaugural winner’s cowboy hat. Fred Couples helped tournament officials deliver a memorable encore performance last year when he shot a final-round 61 that included a chip-in eagle on the 54th and final hole to force a playoff with Billy Andrade. Couples got sized up for a traditional white Calgary cowboy hat of his own after winning the first playoff hole.