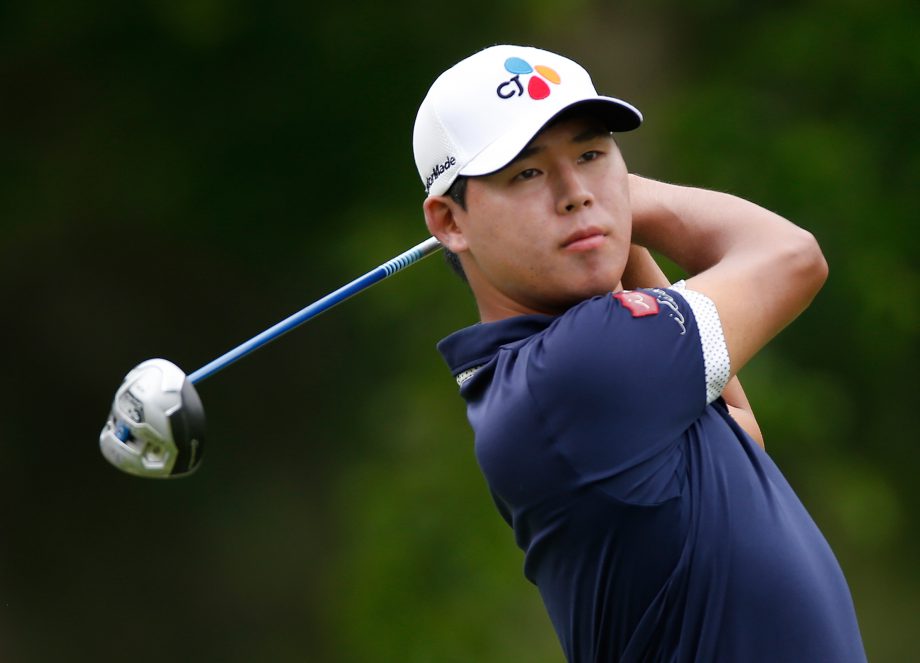 The 20-year-old Kim is the second-youngest winner in Web.com Tour history. Jason Day was 19 when he won the 2007 Legend Financial Group Classic in Ohio.

“Walking up to the green, I felt good,” Kim said through a translator. “I knew that line.”

Kim closed with a 2-under 68 to match Lovemark and Roach at 12-under 268 at TPC Stonebrae. The three players began the round tied for the lead.

Lovemark, playing a group ahead of Kim and Roach, bogeyed the par-5 18th in regulation to fall into a tie. Kim and Roach followed with pars, with Kim missing a 3-footer for birdie.

“I was happy to have another try,” Kim said. “I was very fortunate. This is very big for me.”

Roach and Lovemark each made $52,800. Roach went from seventh to third with $236,516, more than enough for a PGA Tour card. He won the El Bosque Mexico Championship in April.