Sihota, Chun lead after the second round at Future Links, driven by Acura Ontario Championship 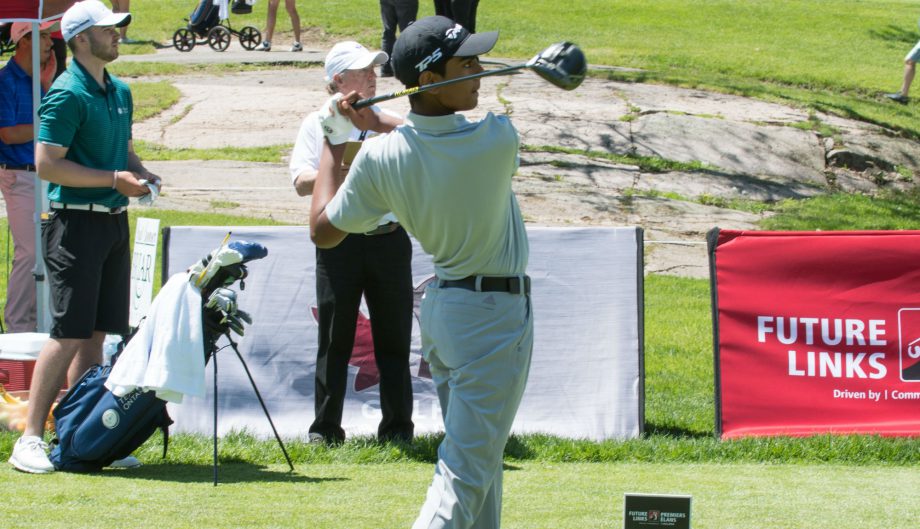 BROCKVILLE, ON – Jeevan Sihota shot a 1-over-par 72 and Monet Chun shot a 1-under-par 70 to lead their respective divisions after round 2 of the Future Links, driven by Acura Ontario Championship at Brockville Country Club in Brockville, Ont., on Saturday.

Sihota looked like he was going to run away with the tournament as he went bogey-free through the front nine and made the turn at 3-under. However, the 13-year-old faced his first rough patch of the tournament on the back half of the course when he failed to record a single birdie and marked down four bogeys on his scorecard.

“Once again, a good start,” the Victoria, B.C., native said, after his round. “I didn’t close very well today, obviously, but I’m in there so that’s good. I had the same game plan as yesterday and I’ll have the same one tomorrow so we’ll see how that goes.”

If Sihota manages to close out a win tomorrow, he will be crowned the champion of both of the first two Future Links, driven by Acura Championships in 2017.

“At the Pacific Championship I stayed calm and the birdies fell, so I just have to do the same thing tomorrow,” he said.

Nipping at his heals is Christopher Vandette from Beaconsville, Que. For the second consecutive day, Vandette scored an even-par 71 to sit alone in second place.

Eric Byun, from Richmond Hill, Ont., and Taylor Beckstead, a product of Alliston, Ont., are within striking distance of Sihota, sitting just three strokes back.

Logan Boucher, who is also from Beaconsville, Que., was one of two golfers to shoot a 69 — the low score of the day – vaulting him to T5. Robbie Latter, from Mississauga, Ont., was the other junior to score a 2-under-par 69, and he sits at T17 (6-over on the tournament).

Chun, a member of Team Canada’s Development Squad, took solo lead of the Girls Division after her 1-under-par 70, the only girl to record an under-par score so far in the tournament. The Richmond Hill, Ont., native had a flawless opening nine with no bogeys and scored birdies on holes four and six. After making consecutive bogies on 10 and 11, she managed to finish the back nine with two more birdies and a bogey.

Ellie Szeryk, from London, Ont., started the day tied with Céleste Dao at the top of the leaderboard, but four bogeys on the front nine paired with another three in her last four holes resulted in a 5-over-par 76, dropping her into a tie for second with Mathilde Denicourt (74, 74). The pair sit four strokes back of Chun.

Dao struggled to get going on Saturday and opened her round 4 over par through as many holes. Despite making two birdies after the turn, she scored two bogeys and a double-bogey to end her round with a 6-over-par 77, five shots back of the lead.

Chloe Currie, Team Canada’s other Development Squad Member, shot 3-over on the front nine while only registering a single par. After the turn she managed to stay even and her 3-over-par 74 moved her into 6th place on the tournament.

The final round of the 2017 Future Links, driven by Acura Ontario Championship will start at 7:00am tomorrow. Click here for complete scoring information.